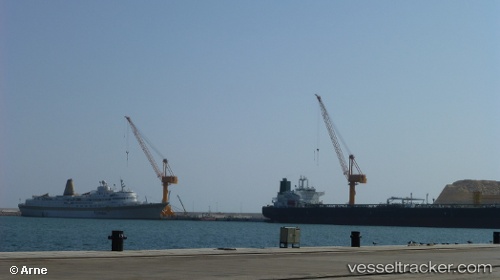 Duqm drydock expansion plan to give Oman economy a boost

Planned new activities are expected to add 9,000 direct jobs as well as 9,000 indirect jobs, besides increasing the economic activity of the drydock to about $500 million. - Duqm: The planned additional drydock activities at Duqm are expected to give the Sultanate’s economy a boost, according to a senior official. Eng. Said bin Hamoud al-Ma’awali, CEO of Oman Drydock Company, said: “We are planning to increase the number of drydock activities in Duqm, one of the best drydocks in the region”. Eng. Al Ma’awali said in an interview published on Sunday in Duqm Economic magazine by the Special Economic Zone Authority in Duqm (SEZAD) for July 2018, “The plan of the company until 2040 includes increasing the number of activities from about 3 to 11, including the construction and repair of offshore platforms for oil production and the manufacture of steel structures used in the oil fields, repairing warships and manufacturing specialised vessels, such as large sea fishing vessels, towing boats, maintenance and repair of large yachts and converting vessels from one use to another and many other activities”.

Oman has accepted a $210 million grant from Saudi Arabia to fund two projects at its flagship Arabian Sea port of Duqm, a rare agreement between two countries that often differ on some of the Middle East’s biggest disputes. The funding, to be provided by the Saudi Development Fund, will finance a 61-million-rial ($158 million) fishing facility and a road costing 20 million rials, state-run Oman News Agency reported Thursday. Oman wants to develop Duqm into a major hub, and is building a 230,000 barrel per day oil refinery there with Kuwait. Muscat rarely takes handouts. The Gulf Cooperation Council offered it a $10 billion aid package following protests in 2011, but it’s not known how much, if anything, was disbursed. Following reports of a 1-billion-dirham grant by the United Arab Emirates in 2014, Oman’s foreign minister said his country had “never asked for it.” “This grant comes within the framework of developing economic cooperation between the two countries” and programs to develop the GCC, Omani Finance Minister Darwish Al Balushi said. The Saudi fund also set aside $150 million to finance Omani small- and medium-sized enterprises. Muscat hosted secret negotiations that led to the 2015 nuclear agreement between world powers and Saudi Arabia’s arch-nemesis Iran. It has also refused to take sides in Riyadh’s war in Yemen and boycott of Qatar. Source: Bloomberg

Port of Duqm has received the first containers from French shipping giant CMA CGM via the Oman Express Service operated by Oman Shipping Company through its subsidiary Oman Container Line. The containers, which were loaded with project equipment for Sebacic Oman SAOC, soon to become the world’s largest Sebacic Acid plant in Duqm, originated from China and were transshipped via another regional port. Port of Duqm received the containers at its early container terminal, from where they will be delivered to Sebacic Oman’s site. A ceremony was organised at the port to celebrate this major event under the patronage of Said bin Hamdoon Al Harthy, undersecretary for Ports and Maritime Affairs at the Ministry of Transport and Communications, and other senior officials, by the major stakeholders. “The port’s container terminal is currently under construction and will be commissioned in the course of 2019.