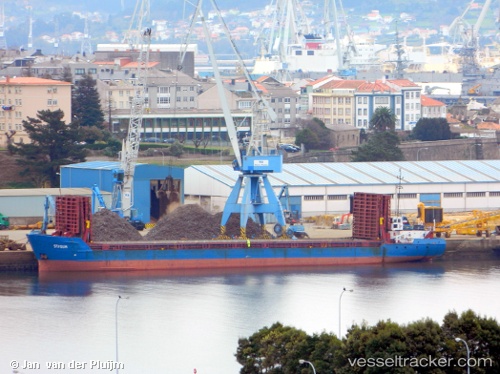 LNG refueling has taken place at Spain’s Port of Ferrol for the first time in an operation which saw two ferries filled with LNG by Repsol in the port’s Mugardos terminal. The refuelling operation was carried out on the outer jetty of the Mugardos terminal operated by Regasificadora del Noroeste, which is owned by natural gas company Reganosa. The tanks were filled with LNG here prior to the operation.

After having welcomed the maiden call on 11th of May to position empties, YILPORT Ferrol Container Terminal started to host weekly regular calls for POSS Service of MacAndrews on the 2nd of June POSS Service setting sail from Tilbury will respectively visit Rotterdam, Ferrol, Seville, Gibraltar, Cartagena and Huelva. With this first call, empty equipment was positioned. This new service will have a double call to YILPORT Ferrol. Mainly on the southbound, the vessel will discharge the equipment and on the northbound, loading operations will be carried out. Source: Yilport

Japanese trading house Sojitz Corp says it has acquired full ownership of First State Regasificadora S.L.U., which owns a 15 percent stake in a company that has an LNG terminal in Mugardos in the northwest of Spain, south of Ferrol. Sojitz says it became he first Japanese trading company to enter into the LNG terminal business in Europe. Source: Reuters