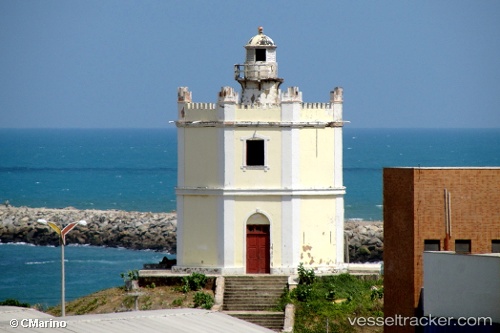 Eight fishermen who spent five days on a lifeboat after their vessel sank in the Atlantic Ocean have been rescued off the Brazilian coast. The skipper of another fishing boat spotted the group Thursday afternoon some 15km from Cascavel beach in the northeastern state of Ceara, Brazilian authorities said on Friday. The crew of the second boat rescued the eight castaways and brought them ashore. Suffering from dehydration, the survivors were taken to hospitals in Fortaleza, the state capital, and two of them remained hospitalised on Friday. The eight men set out two weeks ago from the northeastern state of Rio Grande do Norte aboard the fishing boat Rey Arturo, which sank last Sunday near the Fernando de Noronha archipelago. The boat split into pieces, giving the crew no time to send a distress call, and the eight fishermen barely had time to get into the lifeboat. Though careful rationing allowed them to make their limited food and water last for days, the lifeboat began to sink under their weight. By the time the skipper of the second vessel saw them, the eight fishermen were floating in the water, tied to what was left of the lifeboat. - See more at: http://www.skynews.com.au/news/world/sthamerica/2015/12/26/eight-rescued-after-five-days-in-lifeboat.html#sthash.yB3rDFF2.dpuf

Brazil's Audit Court (TCU) has made recommendations to the Ceará State Dock Company to draw up a Plan B for the handling of tourists at the Port of Muricipe, in Fortaleza, during the World Cup. Behind the TCU's suggestion is the recognition that work, amounting to $77.56m, is behind schedule and that the planned facilities will not be available during the tournament. It blames the delay on “atypical and extraordinary” maritime trade, which led to a lull in work lasting the best part of a year. In that time, the berth has silted up, leaving it with draft of less than 14 metres. The port company will therefore continue to use the former passenger berth, 1km from the one under construction, with passengers bussed to the new on shore facilities. Meanwhile, in the Port of Salvador, the passenger terminal, which should have been completed in August 2013, is reportedly 85% complete, with the initial phase set to be ready by the end of May. The port company says it will be able to accommodate two cruise liners scheduled to sail from Mexico in time for the World Cup in June. Source : portstrategy

Following a $68 million Government investment in Brazilian ports, Inchcape Shipping Services is forecasting significant growth in cruise ship port calls to the region. The investment by The Ports Secretariat in Brazil includes $10 million in passenger terminals at Salvador, $42 million at Fortaleza and $16 million in Natal. The new infrastructure will increase opportunities for cruise ships to call at additional ports and the number of port calls handled by ISS. Local cruise companies in the region are experiencing increased growth. This is due to a rise in demand from Brazilians themselves as well as an increase in the number of luxury long haul travellers, which destines further growth when Brazil hosts the World Cup in 2014 and the Olympics in 2016.