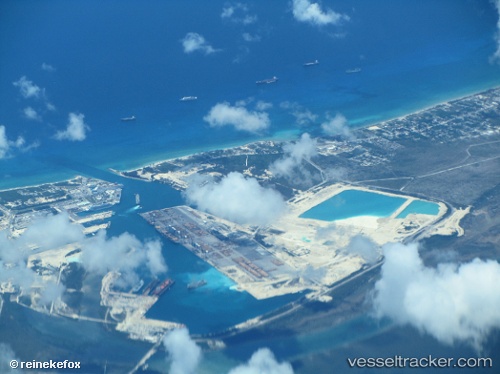 KOTUG International BV and Seabulk Towing, Inc. have been awarded a contract with Borco Towing Company Limited (a subsidiary of Buckeye Partners, L.P.) to carry out all towage operations at their Buckeye Bahamas Hub in the Bahamas. The contract will be performed through a newly formed joint venture between KOTUG and Seabulk: Kotug Seabulk Maritime LLC. The Buckeye Bahamas Hub currently has over 26 million barrels of storage capacity and eight berths, including two VLCC-capable berths, making it the largest petroleum products terminal in the Western Hemisphere. Kotug Seabulk Maritime LLC is deploying four new tugboats and a bunker barge to execute all Terminal Towage Operations, including Bunker Barge Assistance. The tug fleet, having commenced services as per 1st April, consists of two Rotortugs®, the RT Blackbeard and RT Raptor and two Stern Drives, SD Calypso and SD Junkanoo.

Hurricane Matthew, making slow but devastating progress through the Caribbean, is forcing the closure of at least one oil terminal in the Bahamas, according to Bloomberg. The South Riding Point Terminal in Freeport on Grand Bahama Island will be evacuated by its leaseholder Statoil later this week. The terminal includes storage for 6.7m barrels, loading and unloading facilities. Matthew, a Category 4 storm, was hammering Haiti with 145mph winds on Tuesday, the most powerful hurricane to land on that part of Hispaniola in 52 years. http://splash247.com/evacuations-continue-hurricane-matthew-approaches/

In early July, rumors of a planned Disney private cruise port on Egg Island, Bahamas emerged on cruiser discussion forums. The posts included images of a jackup barge for drilling core samples of the nearby sea floor, typically a precursor to marine construction. Disney initially declined to comment, but the Nassau Guardian confirmed with government sources that the company was exploring plans to lease the island for development. Nearby residents began an online petition campaign opposing the development, and collected 2,000 signatures over several weeks. The group cited the potential for environmental harm from dredging near coral reefs, building a deepwater cruise ship pier and otherwise altering the ecology of the island. The petitioners, led by local attorney Holly Peel, intended to take their cause as high as the prime minister's office, and on July 20, PM Perry Christie told a national radio program that talks with Disney were only preliminary and that no deal had been signed. Both sides had agreed that impact assessments must be done first, he said. http://www.maritime-executive.com/article/disney-cancels-cruise-port-plans-for-bahamas-island