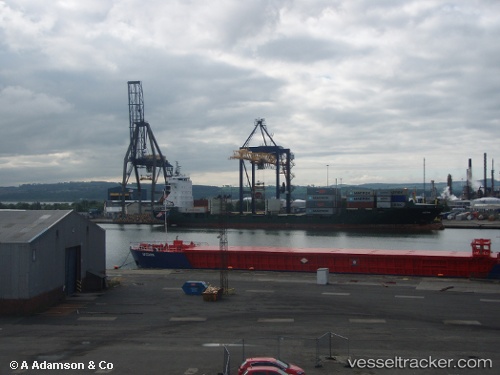 Ineos’ LPG export terminal in Grangemouth, Scotland has restarted after more than two months of delays, according to market sources. Vessels began lifting product from Grangemouth on Wednesday, according to market sources in the region. The Eships Dana was believed to be the first vessel to lift product from the terminal. According to S&P Global Platts trade flow software cFlow, the Eships Dana left Grangemouth on Wednesday and was heading to Teesport in northeast England. The LPG vessel Coral Palmata is also currently berthed at Grangemouth, according to cFlow data, after arriving on Wednesday. The lifting date and destination were not clear. Ineos did not comment on the timing of the restart or the cause of the delay.

Forth Ports confirms that from next week (w/c 27 June), the company is ready to launch its weighing solution for export customers to determine the VGM (Verified Gross Mass) of containers arriving at its terminals in Tilbury and Grangemouth to ensure compliance with the updated provisions of SOLAS VI (Safety of Life at Sea)*. Through significant investment in its straddle carrier fleet and the upgrade of IT development, both ports are now ready to receive export cargo with a solution in place to comply with the new regulations. http://www.hellenicshippingnews.com/london-and-grangemouth-container-terminals-weighing-solution-launched-for-exporters/

The Port of Grangemouth is celebrating 50 years since the first container vessel called at the terminal. The Sea-land freight service pulled into the port on 7 May 1966, as it transported goods such as Scotch whisky to the US. Grangemouth was the first UK port to handle a transatlantic ship carrying only containers as part of the Europe and American shipping route. Since then, it has become Scotland’s largest container port. Its terminal has handled more than three million containers over the past 50 years. Today the facility, which is owned by Forth Ports, handles more than £6bn worth of goods each year including spirits, food, steel plate, timber, paper and equipment for the oil and gas industry. According to its owners, as much as 30% of Scotland’s gross domestic product (GDP) now goes through the port. http://www.hellenicshippingnews.com/port-of-grangemouth-celebrates-golden-anniversary/