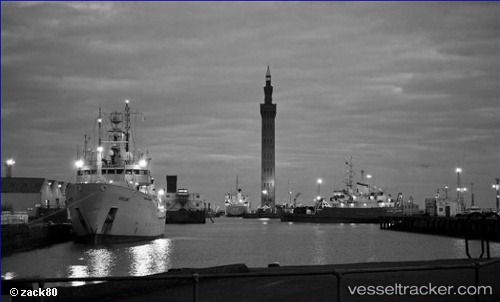 ABP announces that it will be welcoming the Royal Navy’s HMS Grimsby, into the Port of Grimsby on Sunday 15th September. For one day only, HMS Grimsby will be lowering her gangway at ABP's port and allowing the public to come aboard to learn about the important work the Royal Navy does in protecting the UK, as well as the host of other roles it performs across the world. The vessel will open for public viewing between the hours of 12.00 – 16.00 for one day only, at The Port of Grimsby, Cleethorpe Road, Grimsby DN31 3LL.

ABP has confirmed a £5 million investment in a purpose-built Marine Control Centre at the Port of Grimsby. The new facility, which will be arranged over four floors, will replace the existing Vessel Traffic Services centre at Spurn Point, which has become increasingly difficult to access by land because of the progressive deterioration of the peninsula.

U.K. bunkering firm Maritime Bunkering Ltd. is adding a new fuel tank at Grimsby, England at a cost of £100,000, local newspaper Hull Daily Mail reports. "Traffic through the port has grown significantly since we installed the last tank in 2006, both in terms of traditional vessels and those serving the offshore industry," said Director Nikki Jessop, adding that a second tank will ensure sufficient supply of marine gas oil and reduce waiting times.