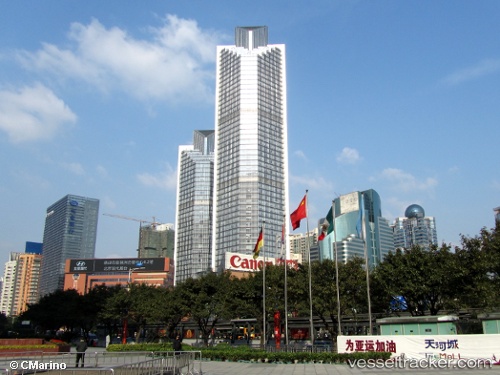 company officials. Traders said the move caught merchants using Guangzhou by surprise – the port has 14 coal berths and can handle 60 million tonnes of shipments per year – and interpreted it as a sign of Beijing stepping up a campaign to cut pollution caused by use of coal. China already banned coal imports at small ports in July. “We were told by customs that the port has stopped accepting foreign shipments,” said one trader, speaking on condition of anonymity because he was not authorised to speak to media. “Starting this week, we will avoid using the Guangzhou port.” It wasn’t immediately clear how long the import halt would last, nor how many cargoes would be affected. Shipping data compiled by Thomson Reuters Eikon showed dozens of large dry-bulk ships anchoring in waters outside Guangzhou, waiting to offload. Guangzhou port authorities and customs officials did not respond to Reuters requests for comment. Another trader based at Guangzhou said his company has stopped booking supplies for October arrivals, despite increasing demand from utilities. “We still have a couple cargoes each of 60,000 tonnes on the way to Guangzhou port. If these cargoes cannot clear customs, we probably have to return them,” the Guangzhou based trader said, speaking on condition of anonymity because he was not authorised to discuss the matter publicly. “The last time I saw a foreign cargo being allowed to unload was almost a week ago,” he said. Source: Reuters

Guangzhou Port Group has announced plans to invest CNY3 billion (USD484 million) to expand the deepwater channel of the port to meet the demand for two-way transport of large vessels. The expansion project will start from Nansha port area in the north to the deepwater area in the west of Aizhou island at the Pearl River estuary, covering Koumen channel, Dahao channel, and Linding channel. Approximately 66.6 km of the phase-three outbound channel will be expanded to 385 m wide and 17 m deep. A total of 65.2 million m³ of soil will be dredged, part of which will be unloaded at the temporary ocean dumping area while another part will be reclaimed to Longxue Island. Once completed, 100,000 dwt container ships (fully loaded) and 150,000 dwt container ships (not fully loaded) can enter and exit the port at the same time. More and source: http://www.ihsmaritime360.com/article/18047/guangzhou-channel-expansion-to-allow-two-way-ship-travel

A worker at Fujian Southeast Shipyard was hit by a falling iron plate during work yesterday, and died on the way to hospital due to severe injury. The shipyard has reported the accident to the safety authority and is currently under investigation.