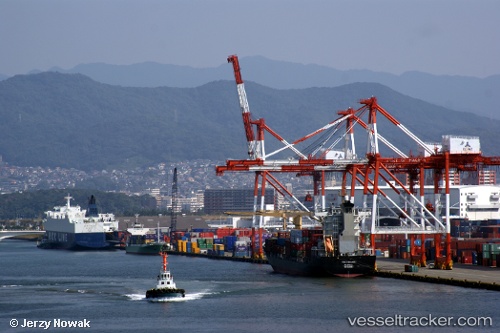 In mid-February, one of the world’s largest cruise ships, resembling a floating skyscraper, arrived at the city of Fukuoka, releasing some 5,000 Chinese tourists who then boarded more than 100 awaiting shuttle buses. The port of Hakata in Fukuoka Prefecture saw a record 245 cruise ship port calls last year, the most nationwide. The port expects 400 arrivals this year. Most of the cruise ship tours from China last about five days, touring East Asia and increasing port calls in Okinawa and Kyushu. “Ships allow me to travel with lots of luggage,” said Zhu Xiang, 25, a passenger on a cruise ship that called at Nagasaki, holding bags of cosmetics she bought in the city in both hands. “I can hand these out to my friends (as souvenirs).” The number of cruise ships making port calls in Japan is rapidly growing. Last year, they made a record 965 port calls, up from 373 in 2013. Tourists entering Japan from cruise ships also hit a record 1.11 million in 2015, skyrocketing from about 174,000 in 2013. The majority are Chinese. But the rise in large ships — some 350 meters long and 16 stories high — is posing new challenges for many communities. Naha in Okinawa had to turn down 47 ships seeking to dock in 2017 because its port doesn’t have the capacity. http://www.japantimes.co.jp/news/2016/02/28/national/tourism-boom-boosts-cruise-liner-visits-not-ports-ready/#.VtLfGJzNy9I