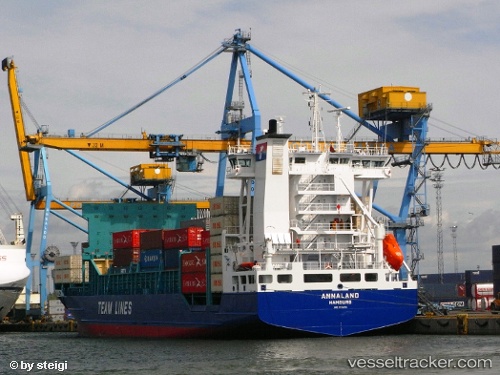 A ground-breaking ceremony for the new Hamina LNG terminal that is to be engineered, procured and constructed by Wärtsilä was held on September 25. The ceremony was attended by Finland’s Minister of Finance Mr Petteri Orpo, as well as local officials and executives from Hamina LNG Oy and Wärtsilä. The 30,000 m3 capacity terminal will provide storage of liquefied natural gas (LNG). It will also have re-gasification capability for sending the gas to the existing distribution network serving both regional and national markets. In addition, the terminal will have a truck-loading area for LNG, as well as the possibility to supply bunkering barges and small-scale carriers. The tank foundation for the terminal has already been cast, and the facility is scheduled to become fully operational in 2020.

World’s smartest digital port with Northern collaboration: Largest multipurpose port in Finland adopts unique 3D operating system by Finnish high-tech company Port of HaminaKotka and a Finnish high-technology company VRT Finland Ltd., specialized in underwater 3D inspections, have signed a contract continuing their cooperation in building a smart digital port. In the cooperation, HaminaKotka port will expand the use of VRT Finland's 3D operating system to streamline day-to-day operations of the entire port. The Port of HaminaKotka has partly utilized the unique VRT BIM 3D online service in the past, and the upcoming extension of the system will make HaminaKotka port one of the world’s ports using digitalization comprehensively. Source: VRT Finland

The Belgian transport engineering company Sarens has agreed to double a planned investment to modernise the port of Hamina in southeast Finland. The deal builds on a 2016 agreement between Sarens and Tengizchevroil (TCO) — a consortium of oil companies operating the Tengiz oil field in Kazakhstan — to build a trans-shipment base in the Finnish coastal city. The new port in question would primarily be used for offloading cargo from ocean-going vessels. TCO has entrusted Sarens with the transportation and installation of oversized pre-assembled equipment for a new plant designed to increase the production capacity of the existing Tengiz refinery.