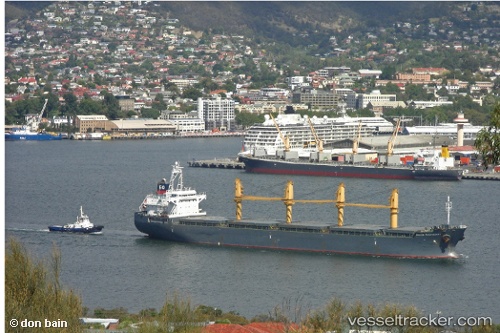 Swire Shipping’s new service connecting Hobart in Tasmania with the Australian mainland is struggling to gain traction with local reports suggesting the service is less than one third full. The service, which leaves Hobart every nine days, was launched in November, becoming the first direct service from Hobart to the mainland in more than a decade. The local government in Tasmania withdrew a subsidy for direct shipping services last year. http://splash247.com/swire-shipping-struggles-to-fill-ships-leaving-hobart/

Hope rises for China increasing its Antarctic program in Hobart

Plans for a visit by China’s flagship icebreaker have raised hopes the nation may be on the cusp of announcing plans to increase the size of its Antarctic program in Hobart.The Xue Long — best remembered for its role in last summer’s rescue of the stranded tourist ship Akademik Shokalskiy — will visit Hobart at the same time as Chinese President Xi Jinping. It left Shanghai last week with 281 researchers aboard. The visit will come as the Department of State Growth, and the Tasmanian Polar Network, an alliance of businesses, government and research institutions with Antarctic interests, mount a major push to strengthen relations with China. The Chinese Antarctic program last week announced it would build an ice runway at its Zhongshan base, near Australia’s Davis station, about 4900km southwest of Hobart, which is seen as a potential gateway. Source: The Mercury