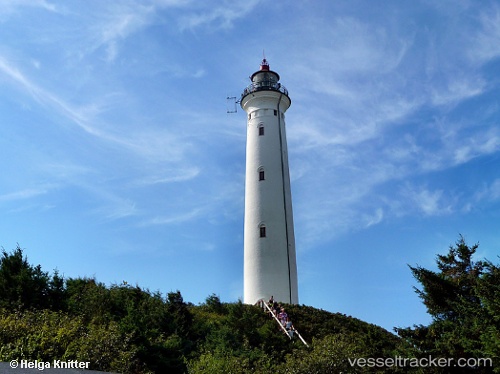 The Hvide Sande port is now ready to receive ships and goods to and from central and western Jutland after a port expansion of 148 million Danish crowns has just been completed. The port was expanded by a new south jetty of 700 meters and an extended north pier, which together improve the service. At the same time, the water depth was increased to six meters. The West Port is now offering a quay length of 150 meters, with a capacity of up to 10 tonnes per square meters and a storage areal of over 20,000 square meters. The port is now ready to receive large quantities of bulk goods such as chips, wood, grain, feed products and project cargo such as turbine parts, larger machines and oversize cargo according to the Hvide Sande Service Group which was founded by 31 companies in Hvide Sande companies which were associated with the port expansion. The new commercial port will be officially opened on June 30, 2013, by the Transport Minister Henrik Dam Kristensen. Danish report with photos: http://www.maritimedanmark.dk/?Id=19341