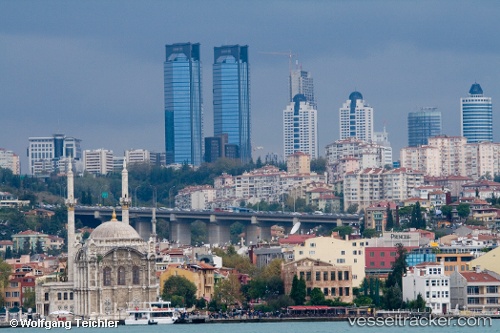 Istanbul’s Galataport, a megaproject expected to boost the city’s tourism with cruise ports and increase tourism revenues, is and slated to open in May 2020. Galataport is jointly being built by Turkey’s Doğuş Group and Bilgili Holding with an investment of $1.7 billion. It is dubbed one of the world’s largest coastal projects, aiming to become one of the top cruise destinations. In a press conference held yesterday in Istanbul, Doğuş Group Chairman Ferit Şahenk confirmed that the port has a capacity to welcome 25 million visitors per year, including 7 million foreigners. The estimated revenues from the increasing number of tourists will be around $1 billion. “The port also has two museums and a recreation area of 14,000 square meters to host culture and art events,” Şahenk added. The Doğuş Group chairman remarked that a “1.2-kilometer-long coast line, which has been closed to the public for 200 years, is now preparing to welcome its visitors.

There is currently limited supply of marine gasoil at the Turkish port of Istanbul, sources said Friday, August 2, owing to limited cargo deliveries in the region.

Galataport Istanbul is to showcase the features of its new cruise port and the surrounding recreational area at Seatrade Cruise Global, which will take place in Miami, Florida from 8-11 April 2019. Exhibiting in the Destination Area at Booth 731, Galataport Istanbul’s team will share plans for Galataport Istanbul Cruise Port, which is designed to accommodate three ships at the same time and handle an average of 15,000 cruise passengers per day. The port will have an underground cruise terminal for domestic and international tourists – a first for the cruise industry.