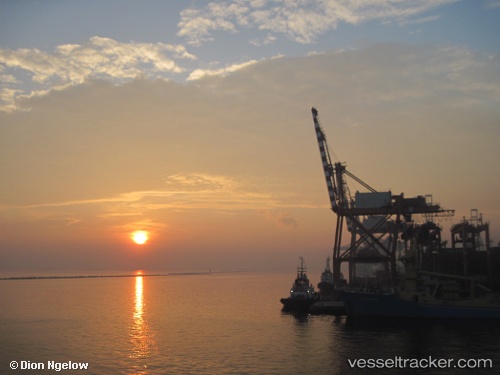 International Container Terminal Services (ICTSI) has expressed its commitment to compliance following a worker's death at its Jakarta terminal. Local unions reported a 40-year-old Indonesian man was fatally injured at the Port of Jakarta-based terminal when a refrigerated container was dropped onto his truck, crushing the cabin. ICTSI named the worker as Nasrul Nasution and stated: “We enjoy constructive and harmonious relations with our workforce worldwide and take labor and safety laws and regulations in all the environments we operate very very seriously.

A one-week strike at a key terminal in the heart of Southeast Asia’s largest nation kicks off today. Workers at Jakarta International Container Terminal (JICT) will down tools over what the International Transport Workers’ Federation (ITF) describes as “ruthless attacks to workers’ rights” in particular to pension rights and performance bonuses .

An Indonesian labour union has scrapped a planned strike at Jakarta's Tanjung Priok port next week, ensuring operations would run normally at the country's busiest port, union officials said on Friday. Nova Sofyan Hakim, the chairman of the workers' union of PT Jakarta International Container Terminal (JICT), said by text message the union had reached "a constructive agreement" with the company. JICT is the company in charge of loading and unloading at Tanjung Priok port, the country's biggest container port. Hong Kong-based Hutchison Ports controls 51 percent of JICT, while state-owned port operator Pelindo II has a 48.9 percent stake, according to Pelindo II's website. http://www.maritimeprofessional.com/news/union-calls-strike-jakarta-port-305202