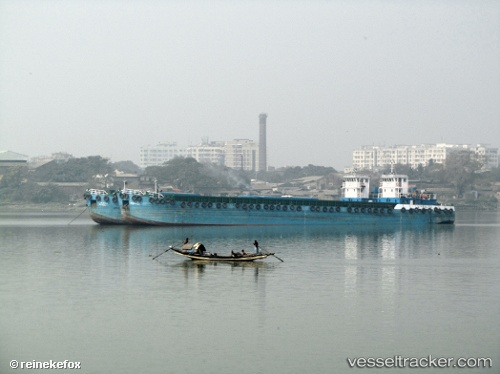 Time is fast running out on the Kolkata port, which has been grappling with disruptions ever since a bridge connecting the southwest of the city collapsed on 4 September. Because of restrictions imposed on movement of goods vehicles, cargo despatches have declined, and unless the police start to ease the flow of traffic, the port is staring at a container pile up, say key officials. In the immediate aftermath of the bridge collapse, container movement from the port fell sharply to around 900 a day compared with an average of around 1,700-2,000. Restrictions were imposed and goods vehicles were allowed to ply for only seven hours a day compared with 16 before the accident took place. Also, they were initially allowed to ply only at night, between 11pm and 6am. Restrictions have since been eased and goods vehicles are being allowed to ply for up to 10 hours at night and three hours during daytime, said a key official at the Kolkata Port Trust (KoPT), who asked not to be named. As a result, despatches are now down by only around 15%, or about 300 containers a day, but “this arrangement cannot be dragged out”, he said. The port and other related authorities, such as customs, are not geared to work 10 hours every night, he added. Source: Livemint

Kolkata Port Trust (KoPT) is eyeing a new revenue stream from export of automobiles to Bangladesh using the port’s facilities. The expectation follows the recent use of the port’s facilities by Tata Motors, which exported a consignment of 240 trucks to Mogla port in Bangladesh through the Netaji Subhas Docks of KoPT last week. Earlier, the auto major had used the land route through the Petrapole border, which typically held up consignments for close to a fortnight. “Their vehicles arrive from Jamshedpur and Pantnagar and this [the port] route will take only around a week,” KoPT chairman Vinit Kumar told members of the city-based Merchant’s Chamber of Commerce & Industry.

KOLKATA: A cruise liner will be berthing at the Kidderpore docks on Saturday after eight long years. The 103m-long yacht-type cruise ship MV Silver Discoverer will berth in Kolkata with 93 passengers and sail out a couple of days later with 58. Among the passengers sailing out will be many who would be starting their cruise from the city. According to senior Kolkata Port Trust (KoPT) officials, this is the first time in many years that a cruise ship is entering the Kolkata Dock System (KDS). "This hasn't happened in many years," said S Balaji Arun Kumar, deputy chairman, KoPT. According to MV Silver Discoverer's agent in Kolkata, Sohom Shipping Pvt Ltd, the port will be handling a cruise ship after eight years. The ship will reach Kolkata from Thailand's Phuket via Bangladesh and return along the same route. "This is part of the Asia Exdition Cruise and each voya pedition Cruise and each voyage lasts 14 nights. The ship will reach Kolkata with 93 passengers. Ten of them are transit passengers while the remaining will disembark. We expect 58 more passengers to board from Kolkata. The ship will have a crew of 99. This will be a big boost for tourism in Kolkata and Bengal. http://timesofindia.indiatimes.com/city/kolkata/kidderpore-docks-to-host-cruise-liner-after-8-years/articleshow/57325237.cms