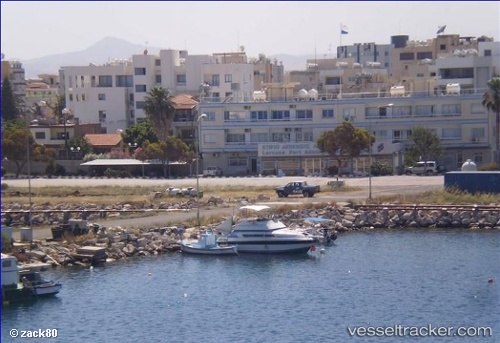 The joint venture of Kition Ocean Holdings has submitted its proposal for the development of the existing Larnaca port and marina. After lengthy negotiations with the government, the Cypriot and Israeli joint venture of Kition Ocean Holdings submitted an updated proposal for the far-reaching utilisation and development of the Larnaca port and marina, it said. The company proposes the ultramodern upgrading and expansion of Larnaca port in order to become a pole of attraction for new companies operating in the fields of commercial cruises, transport and energy.

A new, ambitious plan for the Larnaca port has been unveiled by the Transport Ministry, which includes a marina to hold 750 50-metre yachts, 50-60 mega and Giga yachts and a 300m cruise ship.THE TRANSPORT Ministry has unveiled its new plan to attract a strategic investor for the development of the Larnaca port and marina and includes berths for Giga yachts and cruise ships according to a report in the Cyprus Weekly. Named Amphitrite, after the sea-goddess and wife of Poseidon, the plan analyses in detail the present conditions as well as the legal, economic and technical issues for the proposed development framework. The study was undertaken by ERNST & YOUNG and SALFO and presents three different development strategies with investments ranging from €145 million to €235 million. According to the report, the present infrastructure of both the port and marina are in poor condition, and major restructuring will be required. Read more at: http://www.news.cyprus-property-buyers.com/2017/01/07/ambitious-plan-larnaca-port-unveiled/id=00152013 Copyright © Cyprus Property News

The blocking of funds in the state budget for contracting consultancy services for privatisation projects does affect plans to commercialise Larnaca’s port, sources have confirmed to the Cyprus Mail. Last week, during the review of the 2017 state budget, opposition parties blocked a government expenditure of €1.4 million for the contracting of consultancy services. Consultants would have advised the government on how to draft specifications for tenders and helped in the evaluation of these. Without this advice, the government does not have the expertise to proceed. Without the funds earmarked to hire privatisation consultants, the procedure for Larnaca cannot go forward, transport minister Marios Demetriades has warned. Following the minister’s remarks, the opposition parties which voted to block the item have doubled down. http://www.hellenicshippingnews.com/larnaca-port-development-in-disarray/