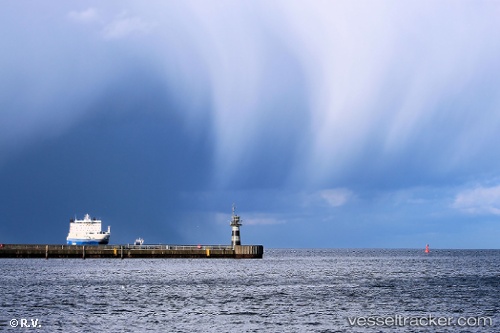 Just a few days after Port of Lübeck reached an agreement with the unions for a rescue package, the green light has been given for the expansion of Skandinavienkai in Travemünde with a new major contract also being announced.

International Bulk Journal (IBJ) has selected Oldendorff Carriers to be awarded "BULK SHIP OPERATOR OF THE YEAR", the company said in its press release. The IBJ awards are a “A Salute to Excellence in the Maritime Bulk Industry.” The trophy was presented on behalf of Aderco International SA by Mr. Derek Brennan, Chief Operating Officer, at the IBJ awards dinner held in Amsterdam on 13 November 2017.

LNG Gorskaya Overseas Ou, the Estonian arm of Russia’s LNG Gorskaya, is planning to build two LNG bunkering centers at the Montu port in Estonia and port of Lubeck in Germany, the company said in an e-mailed statement. Two bunkering vessels are being converted in a shipyard in Poland, marking the beginning of construction of the bunkering centers, the company said. The completion date would depend on the number of partners or ports joining the project, it said. The cost of a storage facility with a capacity of 5,000 cubic meters including tanks is estimated at Eur25 million ($26.28 million) while the cost of one LNG bunkering vessel is expected to be around Eur10 million-12 million, the company said. Source: Platts