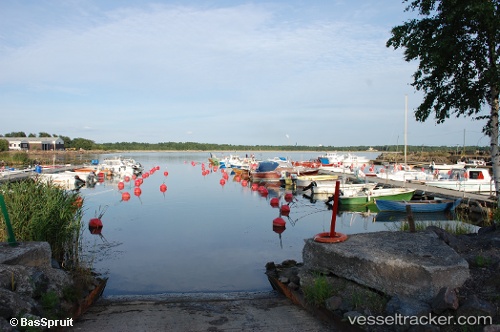 Sunday July 10th 2016 the first shipload of liquefied natural gas (LNG) arrived at the Gasum’s subsidiary Skangas LNG terminal in Pori. To be completed in August, the facility is the first LNG import terminal in Finland. LNG was brought with the time chartered Skangas Coral Energy carrier from the North West Europe. The Skangas LNG terminal is undergoing commissioning, and commercial deliveries to customers will begin in September. LNG will help diversify the Finnish energy market as it enables deliveries to industrial operators outside the gas pipeline network as well as for maritime and heavy-duty road transport. http://www.marinelink.com/news/shipload-terminal-arrives412378.aspx

The European Commission has committed €23m in funding to build a small scale LNG terminal at Pori on Finland’s west coast – the first of its kind in the country. The terminal, which will significantly reduce CO2 emissions in the region, is part of Finland’s plans to create a network of small scale LNG terminals with the aim of offering alternative fuel infrastructure to the maritime industry like LNG fuelling stations for ships. "It will provide a new source of cleaner fuel for the maritime industry and diversify Finland's gas supply sources,” said Margrethe Vestager, EU Commissioner in charge of completion policy. “It is a good example of how EU state aid rules can encourage sound public investment that helps the EU reach its goals on energy security and environmental protection,” Ms Vestager added. Once complete, the Pori terminal will have a storage capacity of 30,000m³. The LNG infrastructure will increase the security of supply in Finland, providing local industries with access to gas. The public funding of €23,441,500 will cover less than 30% of the total investment costs; the remainder will be funded by the developer and future owner of the terminal. The European Commission says its funding is vital since Finland currently has no LNG infrastructure, meaning potential customers are reluctant to carry out the long-term and costly investments for switching to LNG fuel. In turn, private investors have no incentive to build LNG infrastructure because there is no demand. Moreover, the Commission says the operator of the infrastructure will be under an obligation to provide access to interested users at a competitive price. This will ensure that the aid is limited to the minimum necessary for triggering the investment and that distortions of competition and trade are minimised. http://www.maritimejournal.com/news101/lng/lng-first-for-finland

With investment support from the Finnish Government of 185 million NOK Skangass has decided to build a new import terminal for LNG. The terminal will be finished in 2016. Skangass wish to create an efficient LNG logistics chain in the Pori area, the company said in its press release.When the terminal is finished Autumn 2016 it will have a capacity of 30,000 cubic meters. Skangass has already selected the main contractor and suppliers for the project.”The investment decision will result in speedy progress in the construction project. It is highly important that the Pori terminal is completed on schedule and that we can launch deliveries to our existing and new customers. Interest in LNG is found among industrial, shipping as well as heavy-duty land transport customers,” says Sales and Marketing Director Tommy Mattila from Skangass.The Pori LNG terminal will be the third Skangass terminal in the Nordic countries. A terminal of the same capacity was opened by the company in Lysekil, Sweden, Summer 2014. The Øra terminal in Norway is smaller in terms of its storage capacity. Skangass also has a long-term LNG supply contract with the company Risavika LNG Production. Skangass has charterparties for two LNG tankers and operates a fleet of 20 LNG road trucks. Source : PortNews