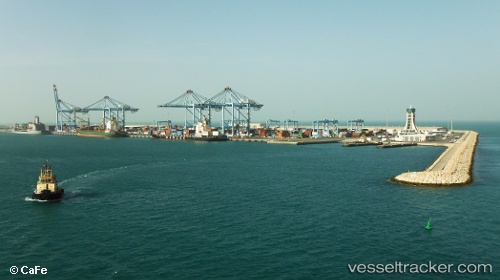 In late 2015, Teekay LNG Partners entered into a joint venture partnership with The National Oil & Gas Authority (NOGA) of Bahrain, Gulf Investment Corporation (GIC) and Samsung Construction and Trading (SCT) to form a company called Bahrain LNG (BLNG). The new venture has been contracted to deliver an LNG import terminal in Bahrain to NOGA, with a Commercial Start Date in 2019 for 20 years. The terminal layout comprises of an offshore dual jetty and regasification module which is protected by a 600m long breakwater, a subsea pipeline to shore and onshore infrastructure to allow the gas to be delivered to the onshore delivery point. Teekay LNG Partners will provide the ‘Bahrain Spirit’ Floating Storage Unit (FSU) into the project, securing one of their DSME newbuilds on a long-term charter. The Engineering, Procurement and Construction (EPC) Contract was awarded to GS Engineering and Construction (GSEC) in December 2015. Over the past 20 months, GSEC have been focused on the Engineering phase of the project, executed from their head office in Seoul, South Korea. Engineering is now over 90% complete. Earlier this year, construction work started on site in Bahrain and work activities have been steadily increasing.

Nogaholding, the investment and business development arm of Bahrain’s National Oil and Gas Authority (NOGA), recently hosted a dinner to mark the financial close of its LNG Terminal Project with Bahrain LNG WLL, the developer and owner of the first LNG receiving and regasification terminal to be developed on a public–private partnership (PPP) basis in the Middle East. Dr Dafer Al Jalahma, CEO of nogaholding, said: "Led by K-SURE, this well-structured LNG regasification terminal transaction attracted high quality project finance lending of $741 million for a tenor of 20 years. This reflects their confidence in investing in Bahrain and further fueling growth of the energy development projects in the country.” http://www.marinelink.com/news/nogaholding-terminal421042

Bahrain gets direct US west coast link with Hanjin/NYK service

Doha: APM Terminals Bahrain, the operators of Khalifa Bin Salman Port (KBSP), on August 13th 2013 welcomed an inaugural Hanjin/NYK service which gives shippers direct access from Bahrain to the US West Coast and Korea for the first time. "We are pleased to welcome this new direct service which will now open direct lines for shipping companies in the kingdom and significantly boost transhipment activities, thereby contributing to the kingdom's economy," said APM Terminals chief commercial officer Simon Brebner. "Furthermore, the direct call into Bahrain from two of the top 10 global carriers, Hanjin and NYK is a reflection of Bahrain's increasing capabilities to provide transhipment opportunities to and from the Northern Gulf and we look forward to welcoming and delivering value to this service on a regular basis," he added. This new service will arrive in Bahrain every Monday evening. [14/08/13]