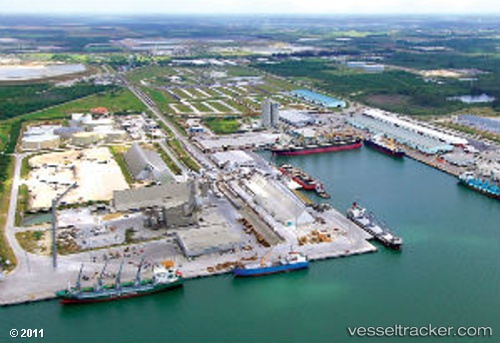 Florida, the USA based Port Manatee has signed an agreement to keep Del Monte fruit coming into the Florida Gulf Coast port for as many as 20 more years. Del Monte Fresh Produce N.A. Inc., which has imported fruit into the port since 1989, is now signed to a lease extension with Port Manatee through Aug. 30, 2021, with options for three additional extensions of five years each. If all options are exercised, Del Monte will be doing business at Port Manatee until at least 2036, the Port Authority said in a news release. “Extension of Port Manatee’s long-term partnership with Del Monte demonstrates the mutual commitment on the part of our port and a most-valued tenant,” said Betsy Benac, chairwoman of the Manatee County Port Authority, which at its meeting on Aug. 18 approved the new agreement for Del Monte’s distribution facility at Port Manatee. Port Manatee’s executive director, Carlos Buqueras, added, “We look forward to sharing success with Del Monte for decades to come.” One of the North America’s largest marketers and distributors of fresh produce, including as the world’s No. 1 fresh pineapple marketer, Del Monte deploys refrigerated vessels to weekly import bananas and pineapples from Central America via containers and pallets. Export cargo includes linerboard that is used for packaging, as well as various third-party containers and project cargos.

Discussions are under way about carrying cargo and passengers to Havana from ports in Tampa and St. Petersburg. But the maritime link appears even closer to reality through another local landing — Port Manatee. Havana Ferry Partners of Fort Lauderdale met with government officials in Cuba earlier this month and is optimistic it will be granted porting rights there in time to set sail as early as June, said CEO, Jorge Fernandez, a part-time Manatee County resident. Port Manatee, an estimated eight hours to Havana by ferry, is on his short list of preferred U.S. landings. “We are making excellent progress,” Fernandez said. “We have more meetings later this month. We have terminals lined up in Cuba and ports in the states ready.” Havana is the primary Cuban city of choice, followed by Santiago. Stateside, besides Port Manatee, Fernandez also is interested in sailing from Miami, Fort Lauderdale and Key West. “We will be prepared to service any of those for the initial start,” he said. He could not yet confirm a schedule for the ferry service. - See more at: http://www.tbo.com/news/politics/port-manatee-on-short-list-for-cuban-ferry-20160409/#sthash.pT97GcLw.dpuf