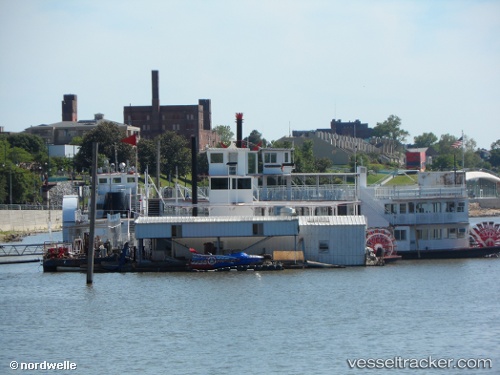 Authorities reopened the Mississippi River to some boat traffic Wednesday, August 22, 2012, hours after freeing a barge that ran aground in dangerously low waters caused by an extensive drought. A trickle of barges had begun heading north as of late afternoon, but clearing all 33 northbound tows and 72 southbound barge strings was going to be a slow process, said Coast Guard Petty Officer Ryan Tippets. Southbound barges were expected to begin moving overnight, said Lt. Cmdr. Rebecca Walthour. A safety zone remained in effect along the 11-mile stretch of river that first reopened late Tuesday after dredges cleared enough mud to make a passable channel. Thirty-three vessels had made it through the channel before the barge went aground near dawn Wednesday, Tippets said. The river has closed several times this month, most recently on Monday, and low-water conditions are expected to affect the flow of cargo from the nation's heartland until October. In addition to the river closings, port operations along the river in Missouri, Tennessee, Arkansas and Mississippi have been closed while the Army Corps works to dredge channels. Read more: http://www.timesunion.com/news/article/Coast-Guard-partially-reopens-Mississippi-River-3807855.php#ixzz24LomrxOK

MEMPHIS, Tenn. -- Nearly 100 boats and barges were waiting for passage Monday along an 11-mile stretch of the Mississippi River that has been closed because of low water levels, the U.S. Coast Guard said. Coast Guard spokesman Ryan Tippets said the stretch of river near Greenville, Miss., has been closed intermittently since Aug. 11, when a vessel ran aground. He said the area is being surveyed for dredging. The Mississippi from Illinois to Louisiana has seen levels plummet due to drought conditions in the past three months. Near Memphis, the river level was more than 12 feet lower than normal for this time of year. Tippets said 40 northbound vessels and 57 southbound vessels were stranded and waiting for passage Monday afternoon. He said it is not immediately clear when the river will reopen. http://www2.journalnow.com/news/2012/aug/21/wsnat01-11-mile-stretch-of-mississippi-river-is-cl-ar-2534916/

Mississippi River Is Drying Up, Water level sinks by up to 20 feet

he Mississippi river is drying up and some shipping companies are worried that the drought of 1988 may be repeated, a time when the river dried up so much that barge traffic came to a standstill. In 1988 the shipping industry lost $1 billion, a number that would be far higher in 2012 and could be reached in as little as three days. Almost all of the rivers 2,500 miles are experiencing some type of low water level. Just outside of Memphis the river is 13 feet below normal depth while the National Weather Service says Vicksburg, Mississippi is 20 feet below normal levels. Overall the Mississippi is 13 feet below normal averages for this time of year. Read more at http://www.inquisitr.com/289033/mississippi-river-is-drying-up-as-massive-drought-continues/#mxaqPvmYOoRJhih7.99