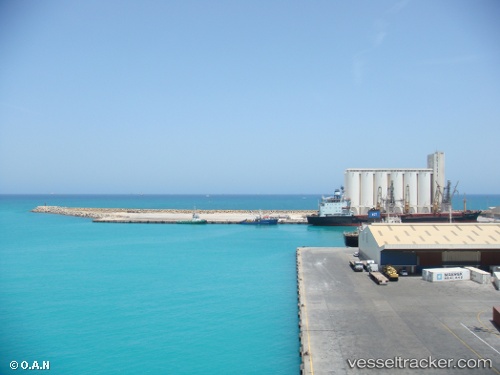 Seven crew members are missing after a Turkish cargo vessel sank off the Libyan coast on Thursday in bad weather, a coastguard official said. The ship, a dry bulk vessel carrying construction materials, sank two to three miles from the port of the north-western Libyan city of Misrata, said Reda Issa, a local coastguard commander. Six of the crew were rescued by coast guards and port staff, he said. All crew members were Turkish. "We are still searching for seven of the Turkish ship's crew members but unfortunately the bad weather is hindering the coast guards' work," Issa said Source: Reuters

A boat of Khalifa Haftar-led forces intercepted a commercial ship sailing on the sea from South Korea and heading to Misrata port. Haftar’s forces led the seized ship Morning Compass with 12 Filipino sailors to Ras Al-Hilal port in east Libya. According to reliable eastern sources, the ship is owned by EUKOR Car Carriers Inc. and it has been shipping over 5000 cars to Misrata before Haftar-led forces’ interception. The Libyan News Agency (LANA) of Al-Thanni-chaired eastern government reported the leader of the interception operation as saying that the ship did not take heed of the calls of their patrols, adding that it was sailing in a no-entry military zone. “We sent a boat to stop the ship and then the ship was tugged into Ras Al-Hilal port to be scoured by the navy personnel.” Eastern LANA said. Report with photos at https://www.libyaobserver.ly/news/dignity-operation-seizes-foreign-commercial-ship-en-route-misrata