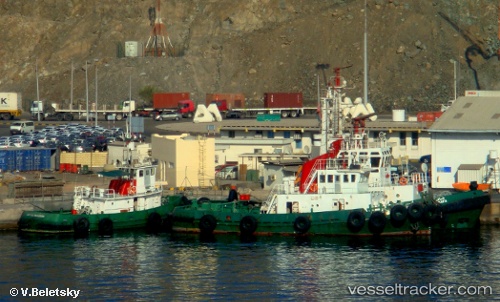 Oman has suggested Iran’s participation in the development of three Omani ports as well as logistic activity of Iranian companies in Muscat. At a meeting with Iran’s Minister of Road and Urban Development Abbas Akhundi in Tehran, Omani Foreign Minister Yusuf bin Alawi expressed his country’s readiness to make investments in Iran; “during a detailed meeting with Iran’s FM Zarif, we discussed the views of the two countries with regard to strategic development of trade and investment ties on the basis of mutual interest.” http://www.hellenicshippingnews.com/oman-calls-for-irans-partnership-in-port-development/

Muscat: Oman’s Ministry of Transport and Communications has decided to ban all private ferry operators from transporting passengers to and from Masirah Island.The ban will be in place until investigations into the sinking of a ferry named Al Thurayah, carried fifty passengers from Shanah to Masirah on Tuesday are completed. Masirah residents who own boats can only transport vehicles and goods.The ministry also banned operations of all ferries owned by the company that operated the service until completion of the investigation. Investigations are underway by both of the transport ministry, the environment ministry and the coast guard.Meanwhile, the National Ferries Company will increase the number of trips from and to Masirah to meet the needs of passengers. The incident occurred on Tuesday when a ferry transporting fifty passengers sank on the way to Masirah island in the Arabian Sea.All passengers were rescued and no injuries were reported, according to the Royal Oman Police (ROP). They were transported onto another ferry by the ROP and other citizens.The ferry is believed to have sunk due to overloading and improper distribution of the load, according to the ministry of transport.Two incidents of ferries sinking occurred in 2014, with no casualties reported.Dozens of collisions had been reported between ferries in the past three years, as some of these ferries are old and lack the minimum safety standards. Source : Gulf News Oman