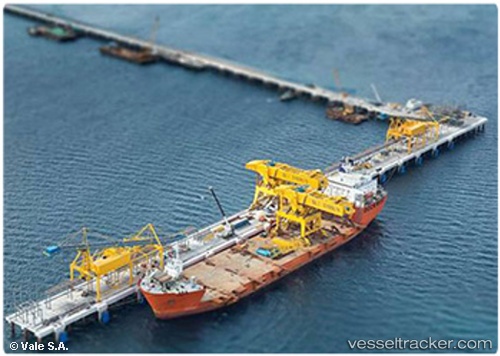 Mozambique’s port of Nacala has started receiving corn for drought-hit Malawi and is set to get more than 300,000 metric tons of the staple from June. Nacala, in the southeast African nation’s northern province of Nampula, on April 29 received a shipment of 6,000 tons of corn from the U.S. destined for Malawi, Portos do Norte SA Chief Executive Officer Fernando Couto said by phone. The additional grain will also come from the U.S., he said. Malawi, a landlocked nation with 17 million people, is facing a second year of falling output after the El Nino weather pattern hurt crops across much of southern Africa, where corn is the staple food. The country wants to buy 1 million tons of white corn, its Agriculture Ministry said earlier this month. That’s 10 times more than the U.S. government expects it to import for the entire season. Corn prices in Malawi reached a record in February, according to the United Nations. The port of Nacala has capacity to handle the additional grains, Couto said. The facility is undergoing expansion with provisional storage for the grains needed for inland countries being built, he said. It has also contracted companies that specialize in packaging cereals to handle the gain, which arrives as bulk cargo, he said. Nacala lies about 1,000 kilometers (622 miles) east of Malawi’s capital, Lilongwe by road, and 850 kilometers by rail. Source: Bloomberg

Turkey's Karadeniz will in the next two weeks begin supplying Zambia with electricity from a power-generating ship as it looks to take advantage of chronic shortages in Africa, the company said on Wednesday. Karadeniz builds what are effectively floating power stations which plug into electricity grids after berthing. They run on fuel oil but can also use natural gas. One of the firm's vessels docked this week at Mozambique's Nacala port, from where it will supply 100 megawatts of electricity for the next two years, power that will then be exported through the grid to neighbouring Zambia. This is the second power ship Karadeniz has deployed to Africa after a 225 MW unit arrived in Ghana last year. http://www.marinelink.com/news/electricity-turkish406017.aspx

Mozambique Invites Bids for Next Phase of Northern Export Harbor

Mozambique is inviting bids to build the next phase of the Nacala port in the north of the country, funded through a 29 billion-yen ($237 million) loan from the Japan International Cooperation Agency, as the country develops capacity to increase mineral exports. The works will include building a new container wharf and yard, an accompanying bypass road, and a rail container terminal, according to an invitation for bids, published in the state-run Noticias newspaper. The port is roughly halfway between Tanzania’s main port of Dar es Salaam, and the central Mozambican harbor at Beira. Nacala is currently the country’s third-busiest port after Beira and the capital, Maputo, according to the Japanese agency. The natural harbor at Nacala is 14 meters (46 feet) deep, making it “the best natural harbour in southeast Africa,” the Japanese funder said in June. The project is scheduled to be completed in 2018, along with road links between Nacala and Zambia. Source: Bloomberg