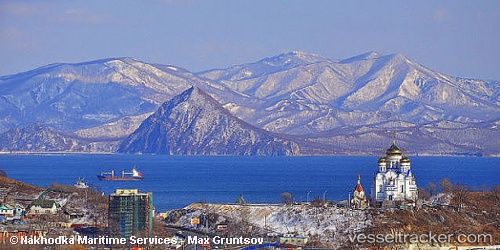 The far eastern Russian port of Nakhodka on the Sea of Japan is swathed in coal dust. It blankets the streets, clogs the air and is blamed by some for a rise in respiratory diseases among the city’s 150,000 residents. Yet despite pledges this year by Russia President Vladimir Putin to tackle coal pollution in ports such as Nakhodka and Murmansk thousands of kilometers away near Finland, port workers and local officials don’t expect any change soon. Once mainly an entry point for cars from Japan and an export route for Russian wood and fish, Nakhodka has switched in recent years to shipping almost nothing but coal from the vast mines in the Siberian region of Kemerovo, also known as Kuzbass. Now, there are few other employment options for Nakhodka’s residents and in Kuzbass the region’s 3 million people have become ever more dependent on the far eastern ports and the export revenues coal generates. “The coal is everywhere,” said Nakhodka resident who gave his name as Ivan. “I was a sailor in the port. In winter, there was a lot of coal, the water became black, the coal was on the snow, on the ice, the ships.” Local officials say a rise in wood export duties first prompted wharfs to switch to coal and the business has picked up since thanks to a rise both in coal prices and demand from Asia

Construction of coal terminal’s Phase III in the Nakhodka municipality

The list of the Free Port of Vladivostok residents now includes Vostochny Port JSC (part of the holding run by Port Management Company LLC) with its investment project on construction of coal terminal’s Phase III in the Nakhodka municipality, say press center of the stevedoring company. Phase III is an expansion of the existing coal transshipment facility of Vostochny Port JSC. It is a fully automated terminal for transshipment of coal from rail to seaborne transport and providing coal storage and treatment services. Under the agreement with Far East Development Corporation, investments into the project will make RUB 17.2 bln. The project is expected to generate 619 jobs and. Design capacity of the coal terminal’s Phase III is 16.5 mln t per year. The project is targeted at expansion of Vostochny Port’s annual capacity to 39 mln t. http://en.portnews.ru/news/231462/

Fire on board of nuclear submarine Tomsk, Japan sea

In the morning Sep 16 13 fire erupted on board of nuclear submarine Tomsk, presently dry-docked in Naval Ship Repair Yard in Bolshoy Kamen (near Nakhodka), Primorsk region, Russia, Japan sea. Fire in main ballast cistern was caused by wielding works. Fire reportedly, is restricted by main ballast cistern, there is a lot of smoke billowing from cistern, some 13 firefighting teams are fighting not as much fire, but mostly, smoldering old paint shreds and maybe rubber and plastic cables. All the weaponry was removed from the submarine previous to dry-docking, reactor was also disabled, there is no threat of any radiation leak or explosion. NS Tomsk project 949A Antey, K-150, displacement 19400 tons submerged, length 155 meters, beam 18.2 meters, commissioned in 1996, armament torpedoes and missiles. Video of the fire: http://www.news.odin.tc/index.php?page=view/article/847/Fire-on-board-of-nuclear-submarine-Tomsk-Japan-sea