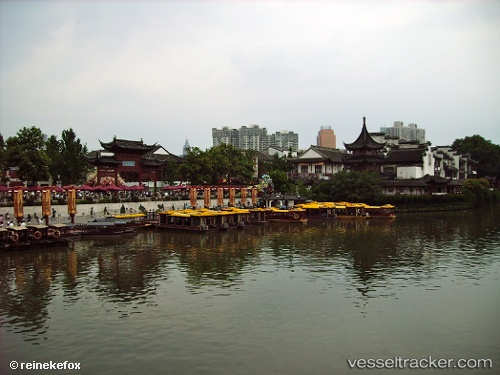 The first auction of the entire assets of bankrupt shipyard Sainty Marine has failed due to there being no bidders. Nanjing Intemediate People’s Court held the auction through online platform Taobao.com. The starting price was RMB2.15bn ($332m). The assets on the auction list include twelve vessels valued at RMB250m ($38.57m). The second auction is scheduled on April 25 and the price will be lowered by 20% to RMB1.72bn ($265m).

State-owned Sainty Marine Co. has become the first listed shipbuilder in China to go under after it announced on February 17 it will begin a court-ordered bankruptcy restructuring. Employees from a court-appointed trustee company arrived at Sainty Marine’s headquarters in eastern city of Nanjing on February 18 and its shipyards have basically stopped operating, an employee of the shipbuilder who asked not to be named said. “Workers are still being paid, but many are planning to leave because we are not sure how long the company can hold out,” he said. Sainty Marine, a unit of Jiangsu Guoxin Investment Group Ltd., a state-owned company linked to the government of the eastern province of Jiangsu, listed in Shenzhen in 2011. One of its creditors, a Bank of China subsidiary in Nantong, Jiangsu Province, filed a lawsuit in Nanjing Intermediate People’s Court on December 22 to seek a bankruptcy order so it could receive payment for outstanding loans to the company. http://www.hellenicshippingnews.com/sainty-marine-becomes-first-listed-shipbuilder-to-go-bankrupt/

Five workers at Nanjing Ningxu Shipbuilding suffered from intoxication in a vessel under construction at the yard on Friday. According to local reports, the workers were cleaning inside the bottom of a cargo vessel which was near completion when they suffered intoxication and fainted from the high paint concentration in the cabin. One of the workers struggled out and called for help. Two of the workers died after being sent to hospital, while the other three recovered. Local authorities have started investigations into the incident.