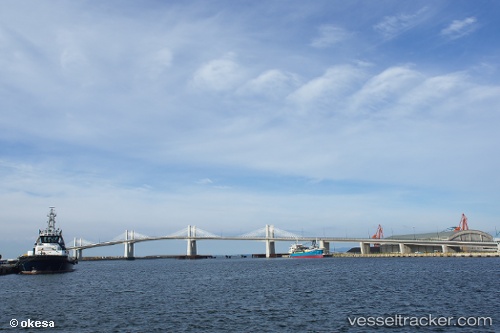 Onahama: Maersk Line has resumed operations at limited scale at the Japanese port of Onahama, which was shut down by the earthquake and tsunami in March, Seatrade Asia reported. The liner firm had earlier resumed operations at Hachinohe and Sendai ports. “With continuous operational constraints, the feeder operation to serve these three ports remains restrictive,” Maersk Line said in a statement Tuesday. Exports at the three ports are limited to dry containers on a “very selective basis” and there is still no acceptance of reefers. For imports, there is no acceptance of any containers. All major Japanese ports, including Tokyo and Yokohama, are fully operational.

Onahama oil terminal to open to ocean-going ships in June

Repairs to a major oil terminal near Onahama port in northeast Japan damaged by the March 11 earthquake and tsunami are mostly complete and it will open to ocean-going ships in early June, Mitsubishi Corp said on Tuesday, Reuters reports. It said its unit Onahama Petroleum Co, the terminal's operator, has already opened it to coastal vessels. The terminal resumed operations as a shipment base for oil products to areas devastated by the quake on March 19 at the request of Fukushima prefecture government, initially using material stored before the quake, a company spokesman said. The terminal is located 50 km (30 miles) south of Tokyo Electric Power Co's Fukushima Daiichi nuclear plant, where engineers are still battling radiation leaks that began after the disaster knocked out reactor cooling systems.