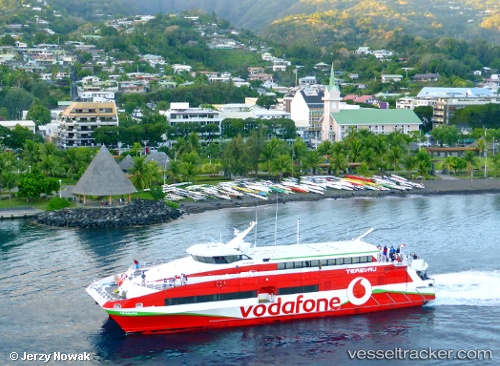 A general strike in French Polynesia has seen cargo stuck in the Port of Papeete following action by port workers. Port workers haven’t allowed any goods to leave the area unless they are perishable goods or pharmaceuticals, but the airport has been unaffected with only a sole worker on strike, according to reports, said Radio New Zealand. Five unions called for the strike to force the government to abandon its pension reform project, according to Radio New Zealand. The reform is due for debate on 21 September. A union leader reportedly said the strike would continue until the government engages in talks about both pension reform and the social security system. The reform was put on hold in April after protesters forced their way into assembly proceedings during a general strike.

Matson, Inc., a leading U.S. carrier in the Pacific, has announced that it will introduce a new extension of its South Pacific Express (SPX) service to Tahiti, providing twice monthly arrivals from the U.S. mainland and Honolulu to French Polynesia. Matson will begin accepting Tahiti shipments with the SPX departure of Samoana Voyage 007 from Honolulu on August 22, 2017 and first arrival at Papeete on September 4, 2017. The new Tahiti service will leverage Matson's existing U.S. West Coast network, serving all three major ports, and its newly enhanced biweekly SPX service from Hawaii with Tahiti cargo transshipped at Apia to provide industry fastest transit times from Hawaii. With the addition of Papeete, Tahiti as a port of call, Matson now provides export shipping from the United States and Hawaii to many of the major islands of Polynesia, including Samoa, American Samoa, the Cook Islands (Rarotonga and Aitutaki), Tonga (Nukualofa and Vava'u), Niue, New Zealand, and Fiji ( Suva and Lautoka).