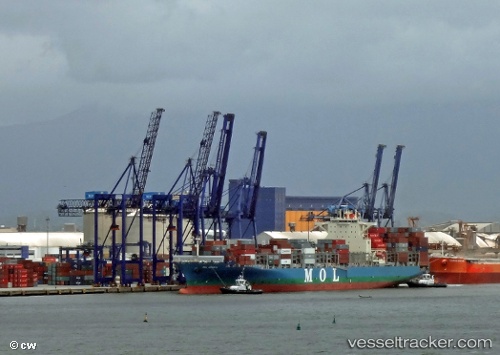 Most Port Terminals Run Out of Soybeans: Brazil Strike timeline

Brazil’s trucker strike entered the ninth straight day amid signs that the protests may be shrinking. While there’s no official data yet on the number of the blockades across the country on Tuesday, industry reports indicated that many were halted after the government signed decrees meeting trucker demands. Local media said protests persist in several states. Brazil terminals run out of soybeans (12:19 p.m.) Most export terminals ran out of soybeans for shipments scheduled for Tuesday and Wednesday, Lucas Trindade de Brito, manager at export group Anec, said in a telephone interview. Grain-truck traffic resumed slowly on Tuesday, though new supplies haven’t arrived yet to export terminals. Political protests prevent end of strike (noon) Protests are becoming politically motivated as truckers return to work after the government met their demands, Brazil Chief of Staff Eliseu Padilha said at a press conference in Brasilia. Earlier, Jose da Fonseca Lopes, head of the largest trucker union, said the strike continues because of the interest of “people who want to overthrow the government.” Vale output cut inevitable if strike persists (11:24 a.m.) Strike impact for the time being is limited, Vale CEO Fabio Schvartsman says at an event in Sao Paulo. Dow halts plants, limits deliveries (11:21 a.m.) Amid strike impact, Dow still expects to expand in Brazil many basis points above GDP and will continue spending in Brazil, Fabian Gil, the CEO for Latin America, says at an event in Sao Paulo. Beef output almost completely halted (11:16 a.m.) Among Brazil’s 109 beef plants, 107 suspended operations and two are running below 50% of capacity, exporter group Abiec said in an email. Exports of 40,000 tons of beef haven’t been shipped as planned, and thousands of trucks loaded with perishable products, including boned meat, are halted on roads. Truck flow to main export terminals still halted (10:15 a.m.) Ports at Santos, the main source for grain exports, and Paranagua, the second-largest, haven’t received any cargoes by truck on Tuesday, according to authorities for both terminals. Truck grain transportation resumes slowly: Abiove (10 a.m.) Soybean and soybean-meal transportation slowly returned to normal in some parts of the country, Daniel Furlan Amaral, a manager at industry group Abiove, said in a telephone interview. https://www.hellenicshippingnews.com/most-port-terminals-run-out-of-soybeans-brazil-strike-timeline/

The Port of Paranaguá loaded a record 2.02 million tonnes of grain in August, surpassing the previous record of 1.9 million tonnes set in June 2015. Exports included 644,035 tonnes of maize (corn); 315,681 tonnes of soy bran; and 1.068 million tonnes of soy. The record was attributed to high agricultural productivity and investments in the export corridor by the Administration of Paranaguá and Antonina Ports (APPA), according to Jose Filho, secretary of infrastructure and logistics. In the last 25 months, the port of Paranaguá has hit 34 historic cargo-handling records. On Aug. 18, for example, the port set a new record of grain shipment over a period of 24 hours, with 134,057 tonnes of corn and soy bran. Luiz Henrique Dividino, chief executive officer of the APPA, said investments of more than R$600 million in the ports of Paraná resulted in productivity gains of 33%.

China Merchants Port Holdings Co Ltd (0144.HK) said on Monday it would buy 90 percent of Brazilian port facilities operator TCP Participações S.A. for HK$7.23 billion ($924 million), as it aims to expand into Latin America. The deal, which would be funded by internal resources and external debt financing, is conditional on government approvals including from the Brazilian antitrust and regulatory authorities, the Chinese port operator said in a filing to the Hong Kong bourse. China Merchants said it would buy the TCP shares from investment fund Fundo de Investimento em Participações, Soifer, Pattac, Tuc Pac, Galigrain and Grup Maritim TCB, S.L. The remaining 10 percent of TCP will be held by Soifer with 6 percent, and 2 percent each by Pattac and Tuc Par. Based in the City of Curitiba, TCP operates the container terminal concession in the Port of Paranaguá, which is the second-largest container terminal in Brazil. Source: Reuters