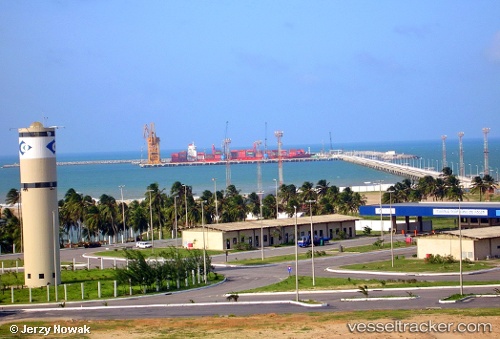 The participation involves an investment of some 75 million euros and, in addition to holding 30% of the shares, the Port of Rotterdam Authority will have joint control of strategic decisions and positions at Executive Board, Supervisory Board and management level. The Port of Rotterdam Authority and Ceará State are expected to sign the decision next month, and the following months will be used to further finalise the participation. Allard Castelein, CEO Port of Rotterdam Authority is delighted with the decision in principle: ‘Our participation in the Brazilian Port of Pecém is promising for all parties. We have been working as adviser with Pecém for several years. This investment will further intensify the partnership. We will be working with Ceará State to ensure that Pecém expands to become the future logistics and commercial hub of Northeast Brazil.’

APM Terminals Pecém reported a 19% annual increase in container handling volumes as the gateway port to northeast Brazil. APM Terminals Pecém, which is the container operator at the Port of Pecém which is managed by the state-owned company CIPP (former Cearaportos), handled 130,008 moves (213,951 TEUs – twenty-foot equivalent units) in 2017 a new volume record.