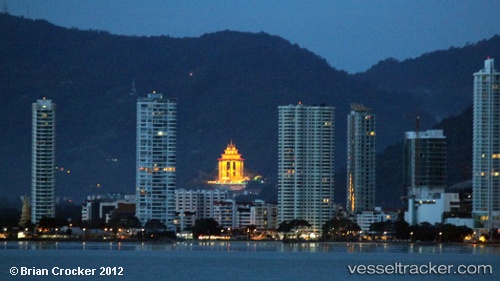 World renowned cruise line, Royal Caribbean expects more Malaysian customers to board its luxury ships in the next few years with the addition of port calls from this year onwards. Royal Caribbean Asia-Pacific Managing Director Sean Treacy told newsmen that in the past 10 years its ships have made port calls here; it has seen an increase of 20,000 passengers. He pointed out that 10 years ago, there were only seven visits to Malaysia but throughout 2017, 90 port calls have been slated. Last year there were 15 port calls to Penang but this year, the number has been increased to 40. “The reason being is that Penang is one of the most popular destinations in the world and our guests love to come here,” said Treacy. He said the numbers of passengers from Malaysia have been encouraging as the presence of the ships has attracted more guests. https://www.nst.com.my/business/2017/05/236738/royal-caribbean-increase-port-calls-malaysia

RCL steps up port investment, this time in Penang

Penang Port will collaborate with Royal Caribbean Cruises (RCL) in a joint venture to upgrade and improve Swettenham Pier Cruise Terminal in Georgetown, Penang, to accommodate berthing of larger cruise ships at its facilities. The 60/40 joint venture will be jointly managed by both parties, with the majority stake held by Penang Port. This is the second time in weeks that RCL has announced its involvement in an ASEAN port. At the recent Seatrade, it reportedly sealed a partnership with the Philippine Department of Tourism in the Aklan province to build a purpose-built cruise ship terminal in the Western Visayas’ Caticlan or Boracay. Details of the collaboration are still sketchy. http://www.hellenicshippingnews.com/rcl-steps-up-port-investment-this-time-in-penang/

Penang got a taste of the maritime luxury when the 347.1m length Quantum of the Seas called at the Port Swettenham Cruise Terminal today, June 10. The cruise ship with 6,532 passengers and crew on board arrived at the port about 7am and departed about 4pm the same day for Singapore. The ship is on a close to two-month journey which started on May 2 from New York, USA, and end in Shanghai, China, on June 24. The liner is one of three "Quantum" class ships owned by cruise operator Royal Caribbean International. This is one of the largest cruise ships to have called at Penang with state Tourism Development Committee chairman Danny Law on hand to welcome the arrival. http://www.thesundaily.my/news/1455612