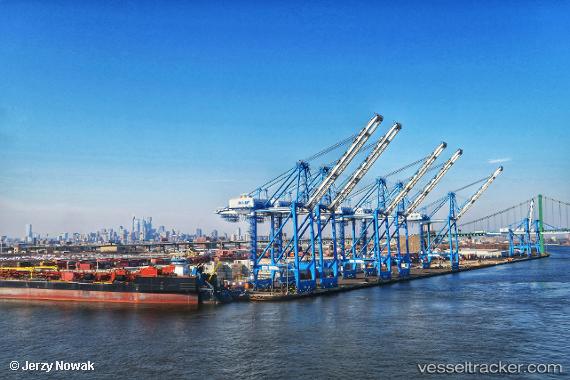 Singapore-based port operator PSA International has completed the acquisition of Penn Terminals, located on the Delaware River in the US, from Macquarie Infrastructure Partners. According to PSA, Penn Terminals is one of the best equipped, privately owned multipurpose marine terminals on the Eastern Coast of the US. The deal marks PSA’s first acquisition in the US. Penn has recently undergone a significant capacity upgrade with the addition of two new post-panamax ship-to-shore (STS) cranes in late 2018.

Federal authorities have seized approximately 16.5 tons of cocaine from a ship at the Port of Philadelphia, the U.S. Attorney’s Office for the Eastern District of Pennsylvania tweeted Tuesday. The drugs were seized on a ship at the Packer Marine Terminal on the Delaware River. The U.S. Attorney’s office said the drug bust marks the largest drug seizure in the history of the district. The drugs have an estimated street value of approximately $1 billion the office said. The amount of drugs would rank in among the top drug seizures in U.S. history, including 21 tons of cocaine that was seized in California and 14 tons of cocaine in Texas both in 1989, Reuters reported. At least some crew members on board the ship have been arrested, the Attorney’s office said in another tweet.

The first visual affirmation of a new era of growth arrived at The Port of Philadelphia, the company announces in its press release. PhilaPort received its first two super post-Panamax cranes at the Packer Avenue Marine Terminal after a ninety-day journey from Shanghai, China. Manuafactured by Shanghai Zhenhua Heavy Industries (ZPMC), the new cranes will be 13 feet taller than the neighboring Walt Whitman Bridge with its boom in the upwards position. PhilaPort, along with Packer Avenue Marine Terminal’s operator – Astro Holdings, Inc. (a Holt Logistics affiliate) – have purchased the cranes as part of Governor Tom Wolf’s $300 million Port Development Plan to increase cargo-handling capacity and efficiency.