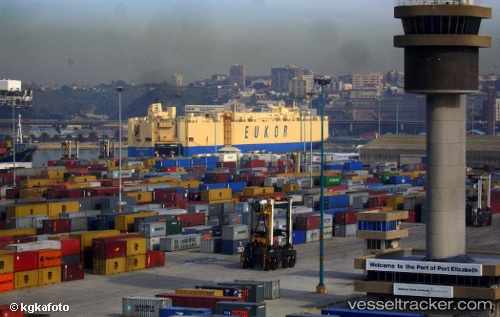 On April 30, 2020, at 11.15 a.m. the NSRI Port Elizabeth duty crew were alerted by TNPA (Transnet National Ports Authority) requesting assistance to evacuate a Filipino crew member of a bunkering tanker at anchorage off-shore of the Port of Port Elizabeth. The man required transportation to a dentist as soon as possible and considering the Covid-19 lockdown the Port Health Authorities advised the tasking of NSRI to carry out the operation, taking into consideration that NSRI are well prepared for all Covid-19 Department of Health protocols, regulations and precautions. At 1 p.m. the sea rescue craft 'JLT Rescuer' was launched and rendezvoused with the tanker thre miles off Port Elizabeth in calm seas. The patient was transferred onto the sea rescue craft and he was brought to shore and transported to a dentist appointment by the ships agent. At 3.30 p.m. the patient returned to the Port of Port Elizabeth and he boarded our sea rescue craft JLT Rescuer and we transported him back to the ship and returned to base without incident.

On May 2, 2020, at 08.50 a.m. the NSRI Port Elizabeth duty crew and EC Government Health EMS were activated by the Transnet National Ports Authority to respond to rendezvous with a bulk carrier approaching Port Elizabeth from Cape Town to attend to a 52 year old Iraqi crew member onboard the ship suffering an emergency medical condition, not Covid-19 related. The sea rescue craft 'Spirit of Toft' was launched accompanied by an EMS rescue paramedic and rendezvoused with the ship seven miles East of Cape Recife. The EMS rescue paramedic and an NSRI rescue swimmer were transferred onto the ship and the patient was found to be in a critical condition. The paramedic took over emergency medical treatment from the ships medical crew and the patient, secured into a stokes basket stretcher, was transferred onto the sea rescue craft and the EMS paramedic and NSRI medics continued with medical care onboard the sea rescue craft while the patient was brought to the NSRI Port Elizabeth sea rescue base and in the care of paramedics he was transported to hospital by EMS ambulance. Despite extensive efforts by hospital medical staff the patient passed away.

At Port Elizabeth one of the container terminal’s ship-to-shore (STS) gantry cranes was blown off its rails and has ended up partially in the sea at the harbour entrance on Oct 30, 2018. Port Elizabeth experienced winds in excess of 50 knots per hour in the morning. This resulted in the damage of a Transnet Port Terminals ship–to–shore crane on the quayside. No employees were injured. An engineering team was assessing the extent of the damage however, the crane has been secured. A business continuity plan has been implemented in an effort to limit any further impact on operations. The port was shut both on account of the strong winds and also because of the crane wreckage lying across part of the entrance channel. In thee evening of Nov 1 the crane boom (jib) has been successfully floated, brought alongside and secured to the quay wall of the berth opposite the breakwater in the port entrance channel. The debris on the seabed remained to be removed and a final dive inspection conducted ahead of the Harbour Master declaring the port safe for shipping. Subject to good weather conditions and no uncontrollable salvage variables, shipping movements have started and continued on Nov 1. Notice has been given to vessels to prepare themselves for shipping. Three pilots, a berthing crew and our two tugs will be deployed to expedite the recovery of the shipping backlog. The collapse of the IMPSA crane on berth 103 at the PE Container Terminal had left a part overhanging into the port entrance channel. As a result of this and in the interest of navigational safety, all commercial shipping movements in the Port of Port Elizabeth were suspended until the port entrance channel had been cleared. Report with photo: https://africaports.co.za/#35 Meanwhile Transnet Port Terminals (TPT) proceeded with terminal operations. The cargo of four vessels were successfully handled leaving them ready to sail while another five vessels were expected to dock once the entrance was reopened.