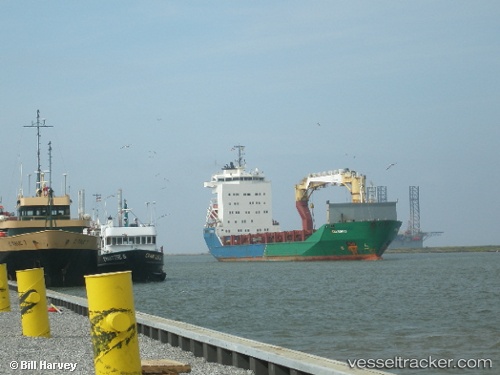 C-Innovation, LLC (C-I), an aﬃliate of Edison Chouest Offshore (ECO) and its family of companies, has opened a new dock facility in Port Fourchon, La., to expand the capabilities of its Subsea Services group. With more than 550 ft of open quayside, Bayou Lafourche is a main entrance into the facility, which is supplied with a Manitowoc 777 crane and forklifts for rapid mobilizations of C-I’s subsea construction and inspection, maintenance and repair (IMR) fleet of vessels, including the 525 ft long Island Venture offshore construction vessel. The dock facility, which will be manned 24 hours a day, will serve as the base for C-I’s Fourchon operations and features client offices, conference rooms with full streaming connectivity, bunk houses and parking for offshore crews.

Harvey Gulf has opened the first marine LNG fueling terminal in North America. The move comes less than a year after the delivery of the Harvey Energy, America’s first LNG-powered vessel. Harvey Gulf completed a successful LNG bunkering of the Harvey Energy from the newly constructed LNG terminal facility at its operational base in Port Fourchon, Louisiana. The bunkering included the transfer of 43,000 gallons of LNG in approximately 2.25 hours without incident. The terminal is designed to meet the requirements of 33 CFR part 127 NFPA 59A and able to deliver LNG at a pumping rate of 550 GMP. The total on site storage is approximately 270,000 gallons contained in three 90,000 USG type “C” vacuum insulated tanks. http://www.maritime-executive.com/article/first-us-lng-fueling-terminal-opens

Monday, 17 February 2014 New Orleans-based Harvey Gulf International Marine (HGIM) reports the ground breaking for construction at its Port Fourchon, LA terminal of its $25 million Phase 1, Slip B, LNG (Liquefied Natural Gas) fueling facility . When operational later this year, the facility will be the first of its kind in the United States. The technologically-advanced, environmentally-safe, clean energy facility will be a significant addition to the growing national LNG supply infrastructure, supporting operations of both the oil and gas industry's offshore fleet as well as over-the-road vehicles operating on clean LNG.