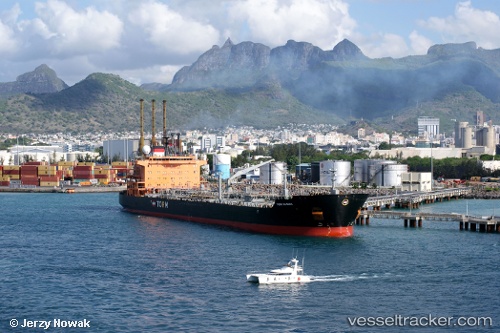 The Bomin Group today announced effective July 12, 2016 it is launching a physical bunker supply operation in Port Louis, Mauritius. The new operation, Bomin (Mauritius) Ltd., will supply IFO180 and MGO via the 2008-build double-hulled bunker barge MT Hakkasan, and all deliveries will be provided under a Bomin specific Bunker Delivery Note (BDN). http://shipandbunker.com/news/emea/996066-bomin-launches-physical-bunker-supply-operation-in-mauritius

The Government of Mauritius has taken the next steps to develop its capital and largest city Port Louis, into a global bunkering hub that will be able to export 1 million metric tons of bunker fuel and ultimately employ 25,000 people across the marine industry. The Minister of Ocean Economy, Marine Resources, Fisheries, Shipping and Outer Islands spoke at the International Bunker Industry Association (IBIA) conference held in Port Louis on 13-15 October and outlined the government’s ambitions for this growing business sector. Each year 35,000 ships transit the waters around Mauritius moving between Asia, Southern Africa and South America and over the last few years, the number of ships taking on bunker fuel in Port Louis has been increasing. Last year the volume supplied rose from 269,324 metric tons in 2013 to 287,546 metric tons in 2014, an increase of around 6.8%. However, this figure represents just 30% of the government’s short term goal of 1 million metric tons of bunker exports per year. http://www.hellenicshippingnews.com/mauritius-takes-next-step-to-become-global-bunker-hub/

MRPL to set up a Petroleum Terminal at Mauritius

ONGC subsidiary MRPL has entered into a Memorandum of Understanding with STC Mauritius and IndianOil, to set up a Petroleum Terminal at Mauritius. This Joint Venture Terminal, to be constructed with an investment of around USD 130 million, will facilitate re-exporting of Petroleum Products from Mauritius to Indian Ocean Islands and Mainland Africa, thereby making Mauritius into a petroleum hub, besides enhancing the oil supply security status of Mauritius, the company said in its press release.