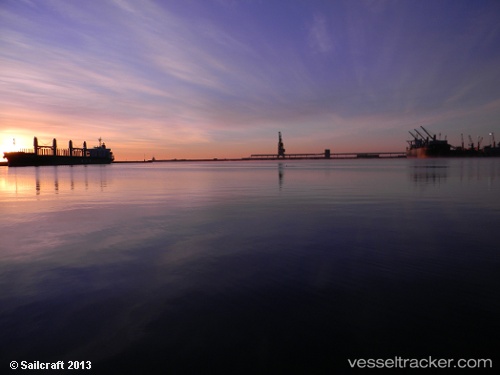 Pacific Jewel is all set to arrive in Port of Portland, Victoria, tomorrow (January 7) after the Maritime Union agreed to move a ship at the centre of an industrial port.

Firefighters remain on scene a blaze at the Port of Portland, in south-western Victoria, over a week after it first started. The fire broke out about 8:00pm (AEDT) last Tuesday inside an 800-tonne, three-storey grain hopper. Specialist fire crews from as far north as Wodonga have been called in to help extinguish the blaze. Country Fire Authority operations officer Mark Gunning said although the fire had been contained, it was proving more challenging than first anticipated. "At any one time we've got approximately 50 firefighters working on the ship," he said. "Look, we've got a number of things, both firefighters but also specialist rescue crews are on hand because we're dealing with confined spaces, we're working at heights, there's a number of little things that are making the job difficult." He said crews were hopeful it would be resolved by the end of the week. "There's a number of dangerous activities to empty the fuel out of the silo, which includes the production of both combustible gases and gases that would asphyxiate people working around it, so it's a very slow operation, mainly because of the safety systems we have to put in place," he said. http://www.abc.net.au/news/2015-11-12/firefighters-contain-port-of-portland-fire/6935078