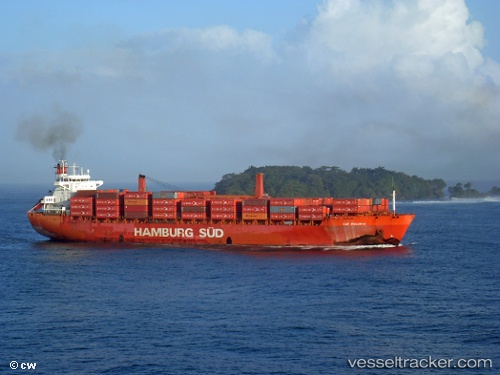 Tourists in Costa Rica now can board cruise ships in Limón

The Caribbean port of Limón became a boarding port for cruise ship tourists this week, after 20 years as a stopover on cruise routes. On Wednesday a total of 1,189 tourists — 95 percent of them Ticos — boarded the Monarch cruise ship that makes a tour through Central American and Caribbean ports, the Atlantic Port Authority’s (JAPDEVA) said. JAPDEVA President Ann McKinley said it was a breakthrough for the province, after being just a stopover destination for decades. “Finally tourists here can board and return to Costa Rica,” she said. Previously, local tourists had to fly to ports in Panama, Mexico or Florida to board cruise ships. The cruise ship will return to Costa Rica on Sunday and 1,200 more tourist will embark on a new tour, JAPDEVA confirmed. “This means the creation of jobs for our province, and also represents a great improvement for Costa Rica as a home port,” McKinley said. The port’s new status involved the construction of new facilities at the Limón dock to host offices for officials of the Immigration Administration, Health and Agriculture ministries, the Costa Rican Electricity Institute, Child Welfare Office, Drug Control Police and Traffic Police. http://www.ticotimes.net/2015/09/12/tourists-costa-rica-now-can-board-cruise-ships-limon

Early 2015 saw the start of the construction of a modern terminal in Puerto Limón, which should serve to dramatically improve the shipment of pineapples and other products. The country's main ports as far as exports are concerned, Moín and Limón, currently have reduced capacity for large vessels, and the time needed for each ship to be attended (import-export process) is approximately 24 hours, sometimes more. "The ships arriving to our ports are small, since they don't have the capacity for large vessels. In high season, there are weeks when not all fruit can be loaded due to lack of space. Exporters often receive cancellations of their orders and the fruit must then be loaded in other ships in the best case scenario, or sold in the local market to recover some of the investment. Also, at this time, the company that operates the port (JAPDEVA) is a Government monopoly with high operating costs due to the number of hours that every vessel requires. Additionally, labour strikes are organised which directly affect all exports. After the new Terminal is finished, we hope such problems will be prevented," explains Sonia Alvarado, of HISPACORI, Fresh Fruit Exports.

New port terminal at Limon to open up Costa Rica

An ambitious project of more than $1 billion is being undertaken by APM Terminals to expand and improve Port of Limon’s infrastructure and Costa Rica’s ability to compete for trade. More at http://www.hellenicshippingnews.com/new-port-terminal-at-limon-to-open-up-costa-rica/