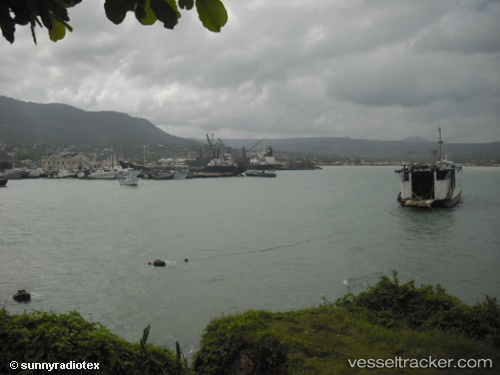 To better serve customers shipping from the Dominican Republic to South Florida, Crowley Maritime Corp.’s liner services group announced today that it has launched a new direct, weekly shipping service from Puerto Plata to Port Everglades, Fla. Crowley is the only ocean carrier that provides a direct shipping service connecting these two locations.

PUERTO PLATA, Dominican Republic — The new Amber Cove port on the north coast of the Dominican Republic is rapidly coming together a little more than a month before the first ship is scheduled to arrive on Oct. 6. The port, being developed by Carnival Corp. and a local partner, already has a 1,280-foot pier, a bus and taxi staging area, cabanas and the finished shells of bars, restaurants and shops. Landscaping is being planted and the interiors of the structures are ready for build-out. About 350,000 guests from eight Carnival Corp. brands are expected to use the facility in 2016. About half will come from Carnival Cruise Line, which will use Amber Cove year-round. The 25-acre project cost $85 million to develop. About half of the space is devoted to a transportation hub. Six acres along the shore have been reclaimed from the bay. There is a large pool area, but no beach on the port property. Carnival will offer multiple beach excursions. http://www.travelweekly.com/Cruise-Travel/Amber-Cove-nears-opening-date

Puerto Plata.– The Northern Regional Division reported that members of the Port Security (CESEP), Security and Port Development Company (SDP) and the Private Security Company (Seguriasa) arrested two men who boarded a Philippine flag vessel as stowaways. According to a police report, the detainees are Juan Manuel Madilla and Ramon Martinez, who were illegally hidden together with two other people on the rudder of the boat Aston Trader II. The other two managed to escape.