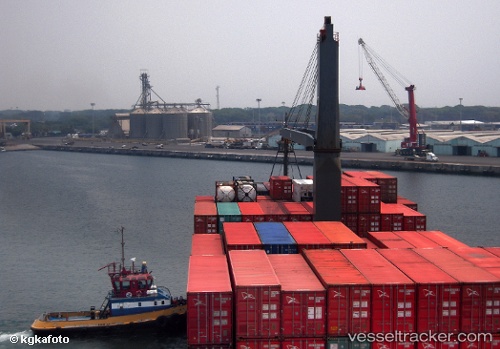 APL has announced the launch of the Quetzal Express (QEX) service, a new weekly service that directly connects the key markets of China, Mexico and West Coast South America. The QEX service promises the industry’s fastest transit time of 22 days from South China to Mexico. It is also the only service that offers a direct connection from Taiwan, Central and South China to Puerto, Quetzal and Guayaquil, the company announces in its press release. The QEX service will commence sailing from Kaohsiung on 6 April with the following port rotation: Kaohsiung – Shekou – Hong Kong – Ningbo – Shanghai – Manzanillo, MX – Lazaro Cardenas – Puerto Quetzal – Buenaventura – Guayaquil – Callao – Manzanillo, MX – Busan – Kaohsiung

APM Terminals Quetzal is transforming Guatemala’s port sector by offering the highest productivity port operations in the country. In less than a year of operations, four new vessel strings have been added to offer the country’s import/export industries more connections to overseas markets. Guatemala City is now served faster by a Pacific port that is only 98 kilometers away compared to Atlantic coast ports which are five hours away. Equally important, Guatemala’s truckers for the first time in years can now make multiple trips every day into and out of the port thanks to APM Terminals Quetzal’s highly efficient, fast trucker turntime procedures which average 30 minutes.