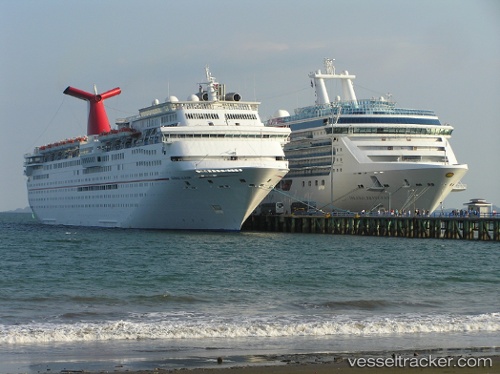 SAN JOSE – An alert has been issued for port, fisheries and tourism interests along Costa Rica’s Pacific coast following the sinking of a ship carrying 180 tons of ammonium nitrate, a chemical that is harmful to people and animals, the National Emergency Management Office said Sunday. The alert covers an area stretching from Puntarenas to Puerto Caldera, Costa Rica’s largest Pacific port, as well as the tourist areas of Playa Tambor and Cobano, in the central Pacific region. Residents and visitors have been ordered to stay out of the water and to avoid fishing in the affected areas, the National Emergency Management Office said. The vessel carrying the ammonium nitrate, which is used as a fertilizer, sank off Puntarenas on Saturday. The ship was owned by the Ferticaque company and went down amid strong waves, emergency management officials said.

Travelers between the city of Puntarenas and Playa Naranjo in the Nicoya Peninsula will have to wait three weeks for ferry service to resume. The bridge and dock ramp to access the ferry in Playa Naranjo collapsed on Sunday, forcing ferry owner Coonatramar to suspend the service. Strong winds and a choppy sea destroyed the structures. Some 20 passengers that were on the ferry Sunday had to be transported to the dock in small boats. Nobody was injured.Poor weather conditions on Monday prevented technical staff from the Public Works and Transport Ministry’s (MOPT) from inspecting the damage.“They will try again today and if bad weather conditions persist they will keep trying every day,” MOPT spokesman Juan Carlos González said Tuesday.Officials estimate that a temporary solution will be ready in up to three weeks, while permanent repairs will take at least two months. The ferry service is used by many tourists traveling to and from hotels and beach destinations in the Nicoya Peninsula, and by residents of the communities of Jicaral, Lepanto, Cabo Blanco, San Pedro, Coyote, Canjel and Dominical.