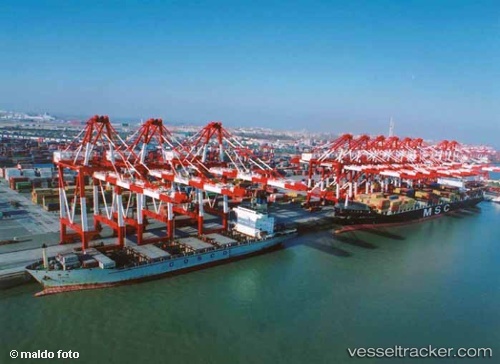 In January, China released its first Arctic Policy. In the U.S., fearful headlines greeted the document, from The Wall Street Journal’s suspicion of whether a “new Cold War” was on the way to Foreign Policy’s proclamation that “China’s ready to cash in on a melting Arctic.” But beyond the headlines, what’s actually going on on the ground in China? What are the actual places driving China’s northern push, and what’s going on there? To find out, earlier this week, I traveled to Qingdao, a city of nine million people located southeast of Beijing on the Yellow Sea. I was hosted by Peiqing Guo, an expert in Arctic international law and Chinese interests in the Arctic and professor at the Ocean University of China (OUC), one of the country’s leading institutes on the region. The university is especially strong in Arctic social sciences, which is unusual in a country that places more emphasis on the natural and physical sciences at the poles. About thirty students and faculty focus on the Arctic, and I met with several of them. Overwhelmingly, they sought peaceful relations with the United States and were worried about the negative, fearful reactions that China’s Arctic Policy had generated. Further reading at https://www.maritime-executive.com/editorials/qingdao-china-s-iron-gateway-to-the-arctic#gs.v0LC_z0

Qingdao New Qianwan Container Terminal in China has become Asia’s first fully automated container terminal after servicing the 13,386 TEU Cosco France on May 11. Locals refer to it as the “ghost port” after watching its machines and trucks operating day and night to unload the vessel without people in sight. Video at https://youtu.be/bn2GPNJmR7A

Cosco Shipping Ports is increasing its stake in Qingdao Port International from 2.01% to 18.41% by paying 5.8 billion yuan (US$847 million) in cash and transferring a 20% equity stake. source: The Asset