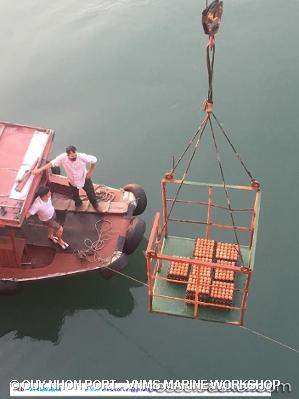 State-owned shipping group Vinalines has bought back its stake in a central port after illegally selling it to a private firm. The Government Inspectorate last year found that Vinalines, under the Ministry of Transport, had illegally sold its stake to Hop Thanh Investment & Mineral JSC without the government’s approval. The inspectors demanded that Vinalines buy back its stake. Vietnam National Shipping Lines (Vinalines) has acquired a 75% stake in Quy Nhon seaport for VND415bn ($17.8m), local media reported.