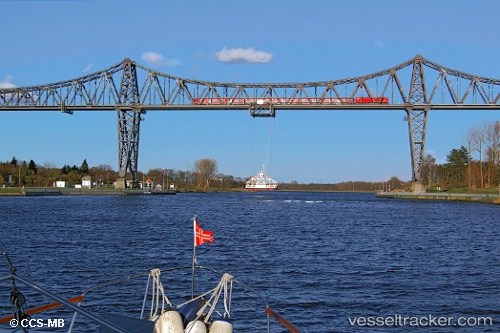 Barge slammed into quay in Osterrönfeld

The German flagged, self propelled barge "Este", 983 ts (MMSI-No.: 211505870; EU-No.: 211505870; CS: DA 6327), got out of control when leaving the communal port in Rendsburg on Jan 3, 2017. The ship ran onto the shore at Osterrönfeld on the opposite side of the Kiel Canal during the turning manoever. The ship then scraped along the embankment for severela meters and slammed into the quay of the heavy goods port behind, before it could be stopped and secured at the quay. Actually the ship is in Brandenburg. German report with video: http://www.shz.de/lokales/landeszeitung/irrfahrt-auf-dem-nok-dieses-ablegemanoever-ging-richtig-schief-id15813991.html