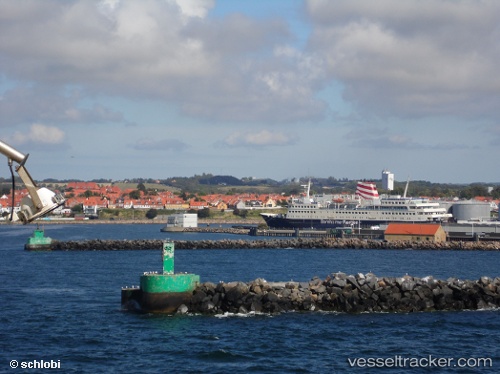 Rønne Havn’s expansion about to start

A contract has been signed for the expansion of the commercial port of Rønne Havn on the Isle of Bornholm with the first spadework estimated to take place at the end of 2017. Following a tender process, the first phase of the expansion project has been awarded to the Danish contractor, Per Aarsleff A/S. This agreement fully complies with the "MasterPlan 2050". The port will expand in four phases spread over a 30-year period. In the first phase, a new 1,100m outer breakwater will be constructed, together with a multi-purpose terminal that has a 300m quay length, a new ro-ro facility and a new 150,000m² zone. The water depth will be increased to 11m, making calls of the world's largest cruise ships possible. Besides the land- and seaside expansion plans, new wastewater discharge facilities will also be built. Rønne Havn currently has an annual throughput of 1.5 million passengers and 380,000 cars. https://www.shippax.com/en/news/ronne-havns-expansion-about-to-start.aspx