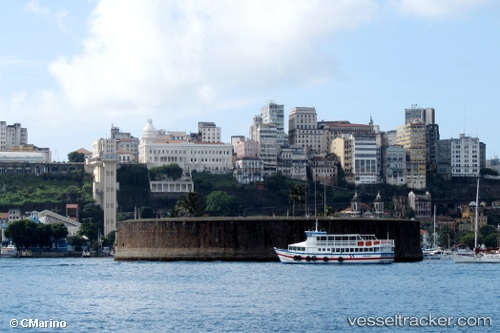 Three Asian groups are interested in acquiring two container terminals up for sale by Brazilian private port operator Wilson Sons, Brazilian newspaper Valor Economico reported. Singapore’s PSA, China’s Hutchison Port Holding and China Merchant Port Holdings have delivered non-binding proposals for terminals in Salvador, in the northeastern state of Bahia, and Rio Grande, in the southern state of Rio Grande do Sul, the paper said, without disclosing its source. Binding proposals for the terminals should be delivered as soon as year-end, the paper said. The potential bidders did not immediately comment.

Brazil-based container terminal Tecon Salvador has completed its implementation of the Navis N4 terminal system into its existing infrastructure to increase efficiency for the main shipping lines and mega vessels. The deal with Navis, a part of Cargotec Corporation, is part of a larger, multi-year investment in the latest infrastructure, technology and automation solutions for the terminal, enabling Tecon Salvador to optimize operations and support changing business requirements for larger ships and container volumes. Located in the state of Bahia, Tecon Salvador is the leading dock operator in Northern Brazil, and the only terminal in the country with exclusive roadway access to the BR-324 highway, connecting trucks to the terminal without interference with city traffic, speeding up the cargo release time as a result. Presently, the terminal handles 310,000 TEUs annually and averages approximately 60 moves per hour. https://www.porttechnology.org/news/brazilian_terminal_upgrades_tos_for_more_megaship_traffic

Workers at 10 Brazilian ports started a six-hour strike on Friday against what they said was increasing privatization, but the country's main shipping port of Santos did not participate. The National Port Federation (FNP), which organized the strike, does not include stevedores, but rather workers in charge of granting permission for docking and undocking of vessels as well as controlling dock access. "Ten ports have adhered to the strike so far, but more could join," said Adriana de Araújo, a spokeswoman for the FNP in Brasilia. Participating ports included Rio de Janeiro, Salvador and Belem, she said. Workers at Paranagua, the country's No. 2 grain-exporting port, were operating on a limited scale known locally as "operação-padrão," or work-to-rule. The Sintraport union at Santos, in Sao Paulo state, said workers had decided not to participate. The FNP has also planned a 24-hour strike for Thursday and will hold a general assembly on Feb. 4 to discuss an open-ended strike.