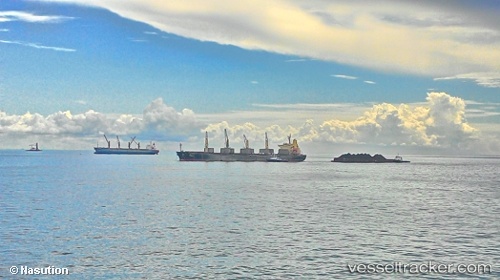 An Indonesian government crackdown on a local labor union of stevedores in Samarinda, East Kalimantan is likely to cause further delays to thermal coal loading amid a market already tight for available prompt cargoes, sources said Thursday. According to sources, the government placed Samudra Sejahtera Stevedores Company (Komura) under investigation last Friday, consequently halting the provision of services to vessels coming into the anchorage point of Muara Berau this week. Three sources said vessels that already started loading last Friday will be allowed to complete their operations. Also, gearless shipments were able to continue loading through the use of floating cranes, they said. Geared vessels expected to arrive this week will be most affected, as they normally need 12-15 people to operate their cranes. This is where the stevedores come in, an Indonesia-based source said. http://www.platts.com/latest-news/shipping/singapore/shipment-delays-in-e-kalimantan-as-indonesia-27798204

Samarinda, East Kalimantan. An explosion on board an oil barge operated by state oil and gas firm Pertamina killed two crew members and injured two others in Samarinda on Friday, August 3, 2012. The head of the Samarinda Police operations division, Comr. I Nyoman Mertha Dana, said the incident took place at 4 p.m. on Friday, shortly after the ship finished unloading (or stripping) at a Pertamina fuel port on the Mahakam River in Samarinda, the capital of East Kalimantan. “The ship caught fire after stripping at the port. There are four victims; two died and two others were injured. All of them are crew members of the ship,” Mertha said in Samarinda on Friday afternoon. He said all the victims had been admitted to AW Syahrani Hospital in the city. Read more at http://www.thejakartaglobe.com/home/explosion-on-pertamina-oil-barge-kills-two-in-east-kalimantan/535147