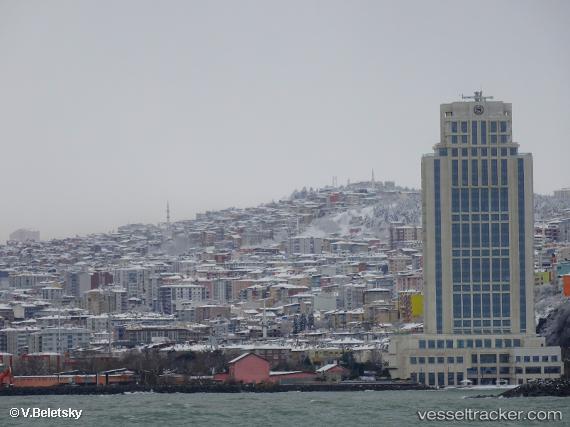 Turkey seized four Russian ships near the northern Black Sea port of Samsun on Saturday in retaliation to Russian aggression on Turkish ships, Ihlas News Agency reported on Sunday. The Turkish authorities seized the four Russian-flagged ships due to lack of documents, of which three left Turkey after completing necessary papers, while the rest one is still seized, the port management stated. Last week, Russia barred five Turkish ships from navigating to Russian Novorossisk Port. Ties between Ankara and Moscow have soured after Turkey shot down a Russia fighter jet on Nov. 24 claiming the Russian warplane violated Turkish airspace. Moscow, however, has vehemently denied and insisted the downed Su-24 fighter jet had stayed over Syria during its flight. http://news.xinhuanet.com/english/2015-12/06/c_134890378.htm

Starting with today’s call by the 1,155 teu ERKAN K, CMA CGM will begin to serve Samsun, a Turkish Black Sea port located in the province of the same name. The French Line begins calling at Samsun with its Malta to Black Sea Feeder number 1 on a fortnightly basis. CMA CGM said that the addition of Samsun expanded its portfolio of Turkish calls to twelve ports. Full story: http://linervision.wordpress.com/2013/09/16/cma-cgm-adds-samsun-as-its-12th-turkish-port/