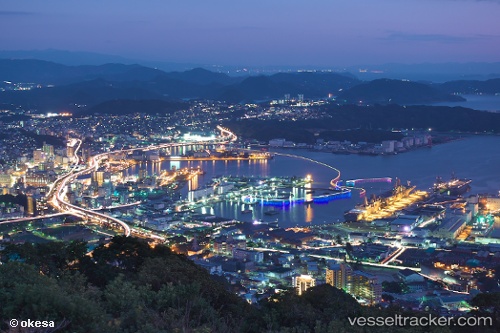 Japan’s fourth-biggest industry player, said it will acquire 10th-ranking Sasebo Heavy Industries Co. in October. The acquisition will make Namura the nation’s third-biggest shipbuilder in terms of production volume. The move aims to help the firms survive compe-tition from domestic rivals as well as those in South Korea and China, officials said. Sasebo shareholders will receive 0.128 Namura share for each of their shares in Sasebo, which will become a wholly owned subsidiary of Namura. In the year ended in March, Namura earned a consolidated net profit of ¥12.6 billion, on sales of ¥124.5 billion. Sasebo was in the red for the second straight year, with sales totaling ¥30.9 billion. “It was difficult to survive on our own,” Sasebo President Yoshifumi Yushita told a news conference, noting excess capacity in the industry. “We will prevail in the cutthroat competition by strengthening our development capabilities and rationalizing our procurement operations,” Namura President Kensuke Namura said. Source : The JapanNews