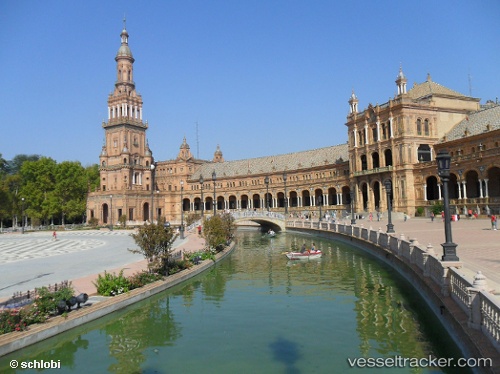 Smooth start: Boluda and OPDR successfully started out their joint venture in the Port of Seville

German OPDR, as part of the CMA CGM Group, and Spanish Boluda Corporación Marítima successfully started out their cooperation of jointly operating the container terminal in the Port of Seville. In the course of a public tender the joint venture had submitted its application in July 2016 and was announced as the winner by the Port Authority of Seville (APS) last December. The concession to jointly run the container movement in the Port of Seville for the next 30 years became effective on January 1st 2017. http://www.hellenicshippingnews.com/smooth-start-boluda-and-opdr-successfully-started-out-their-joint-venture-in-the-port-of-seville/

Seville Port Authority (APS) has agreed a series of terms and conditions to be included in a tender for the container terminal at Dársena de Batán, which is one of the port’s busiest areas. A previous tender, which was issued on March 1, was declared void, as neither bidder – Terminales Marítimas de Sevilla and Termisur Eurocargo y Terminal Marítima del Guadalquivir – justified either projected traffic levels or promised vessel call figures, said the port. As part of the new conditions, any bidder will have to justify traffic projections in order to guarantee the financial viability of the terminal. The more detailed the projections, the higher this will be weighted in the final decision. Source: Port Strategy

Cargo container pile-up at the pier, a headache for Customs’s at port of Sevilla

Sevilla Customs Commissioner John P. Sevilla has admitted that “overstaying” cargo containers in the country’s two major ports are giving the agency a headache, considering that the volume of shipments is expected to increase during the peak months of May and June. Sevilla said the agency is still trying to assess the factors that contribute to the slow disposal or movement of the unclaimed cargo containers in order to find a solution on the container mess. “It’s actually a much more complicated issue that I thought of. It’s not just the cargo has been there for the X number of days then you can take it out.... It’s not that simple,” Sevilla told Customs stakeholders at a recent meeting. Sevilla noted that there is a legal process to be followed before the containers could be subjected to forfeiture proceedings in favor of the government and placed on the auction bloc. He said more than a thousand cargo containers have been left unclaimed in the yards of International Container Terminal Services Inc. (ICTSI) that operates the Manila International Container Port (MICP) and Asian Terminals Inc. (ATI), which operates the Manila South Harbor.