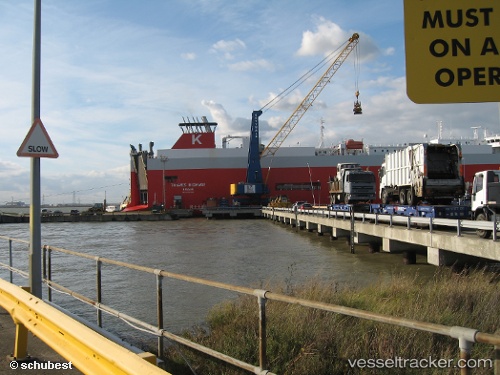 The Port of Sheerness has signed an option agreement with Vestas which would see 70 hectares of port land handed over for a wind turbine manufacturing and installation facility. The development, expected to create 2,000 jobs, would swallow up the port’s fresh produce terminal and cold store, a large chunk of land currently used for import cars, and other operational areas. Read more http://www.portstrategy.com/news101/europe/sheerness-signs-wind-turbine-deal-with-vestas