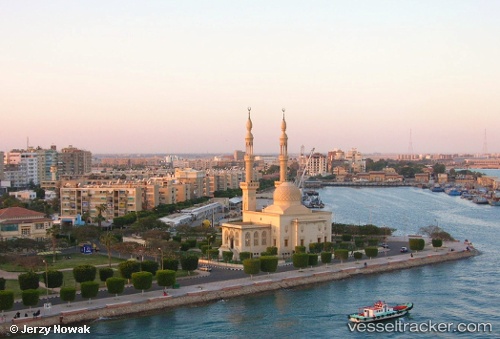 A memorandum of understanding was signed between the Government of Tianjin and the General Authority of the Economic Zone of the Suez Canal to develop the second phase of the Tianjin Economic-Technological Development Area (TEDA) industrial zone, Mohab Mamish, head of Suez Canal Authority and the Suez Canal Economic Zone stated during a press statement on the sidelines of the forum. According to the memorandum, an area of six square kilometers will be developed to establish advanced industrial sectors within the geographical scope of the canal’s economic zone. In his statement, Mamish said that the Belt and Road Forum would serve as an example for those who wish to participate in the economic renaissance that has been achieved over the past years. He pointed out that this deal is expected to provide at least 25,000 jobs through the launch of nine industrial sectors in the TEDA zone. The company will immediately start to attract the target companies in the fields of textile, petrochemicals and plastic industries, with a total of US$5 billion, which will contribute to the providing jobs and increase investment, Mamish concluded. Source: Egypt Independent

The Suez Canal Authority (SCA) pays more attention to its users best interest, and has recently taken steps towards being the safest, most secure, most reliable and most competitive compared to other routes. Considering the new changes in the global shipping market, and world economy; and in line with the SCA flexible marketing policies, the SCA has decided that circular no. 3/2018 concerning the rebate granted to (Laden/Ballast) Dry Bulk Vessels; operating between Americas’ ports and Asian ports, shall remain in force till the end of 2019 (the last permissible sailing date from origin port is 31 December 2019) :

Egyptian Ministry of Petroleum entered in a partnership with the Ministry of Public Business Sector to establish a petrochemical plant in Suez governorate at a total cost exceeds $4 billion, Zawya reported quoting Petroleum Minister Tarek el-Molla. The Ministry of Petroleum will build the complex in partnership with Ministry of Public Business Sector, el-Molla added. The Egyptian Petrochemicals Holding Company (ECHEM) as well as refineries affiliated to the petroleum sector will also cooperate to implement the project, the Egyptian minister said. Molla added that the feasibility studies will take 28 weeks. The Suez plant is set to depend on the refineries affiliated to the petroleum sector in Suez governorate. The Japanese manufacturer Toyota will be in charge of the industrial technologies needed for the complex, he added.